How the portrayal of Irish characters differs in gaming

Throughout the 21st century, Irish characters have become increasingly common within video games. 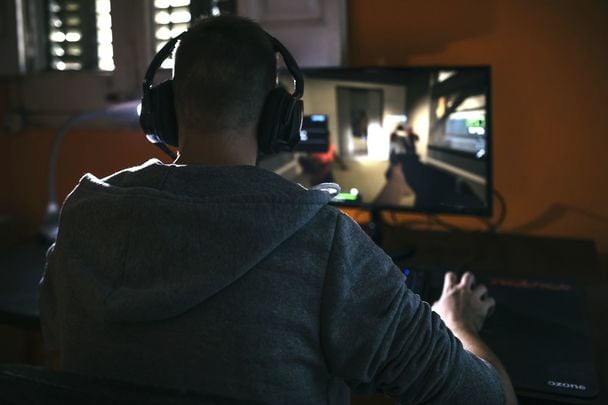 How are the Irish portrayed in computer games? Getty

Interestingly, local culture has formed the foundations of their digital existent, with many developers seeking to embrace stereotypical concepts. Over the years, however, perceptions have changed, and Irish characters have undoubtedly grown.

Following the rise of digitalization, video game development is now more advanced than ever before. As such, there's scope for developers to explore diverse themes and implement much-needed depth to in-game characters. A prime example of how portrayals have changed is evident across various Rockstar-created titles. In Red Dead Redemption, which hit the shelves back in May 2010, the title featured Irish, a single-player character. Although he didn't paint Irish-born folk in a positive light, his involvement sparked a trend that Rockstar would continue to explore.

In turn, portrayals improved as time progressed. In Red Dead Redemption 2, Sean Maguire replaced Irish. Not only is he regarded as one of the franchise’s most popular characters, but many believe him to be one of the best Irish personalities in the industry. In terms of his in-game persona, Sean evades Irish stereotypes without stepping away from his roots. Unlike others in the series, the Irishman displays immense loyalty, which has long been a trait of Ireland’s local people.

Away from Red Dead Redemption, where Sean isn’t the focal point of the series, other developers have sought to center Irish characters at the forefront of their titles. In Watch Dogs, Belfast-born Aiden Pearce is the protagonist, and he strives to fight back against society's hierarchy. Additionally, Shay Patrick Cormac is the face of Assassin’s Creed: Rogue.

Many themes stem from stereotypical culture

As evident from Sean in the much-loved Rockstar series, there’s an ever-growing intent to portray Irish characters as brave, robust, and able to handle adversity through a sense of togetherness. Compared to the Irish, this is undoubtedly a progressive step away from stereotypical themes. Moreover, Atlas, from BioShock, led a revolution against Andrew Ryan in the Rapture Civil War. His desire to unite like-minded people showcases the traditional vivacious spirit of Irish people that many have come to love.

Interestingly, it isn’t just through in-game character portrayals that Irish themes have risen to prominence. Culturally, local folklore has played a significant part in enhancing Ireland’s involvement in the industry. Away from those in traditional console titles, Mr. Green, an online casino, has also explored stereotypical themes. Naturally, this can be played on mobile as well, and has sports betting on offer. At the award-winning, bonus-offering platform, players can browse through an array of Irish-themed slot titles, along with embracing digital variants of traditional table games, such as baccarat and roulette. Irish Riches Megaways, for example, takes inspiration from the luck-of-the-Irish theme. With a pot of gold pictured at the end of a rainbow, the title’s core themes stem from the stereotypical local culture.

Over the past few decades, uses of Irish stereotypes with video games have drastically changed. Unlike in years gone by, more recent creations have focused on the positive character traits of Irish people, as well as light-hearted, uplifting themes. The evolution of Ireland’s gaming importance is growing, and with that so are positive reinforcements of local culture.