Pierce Brosnan's son Paris is on track to become one of Ireland's biggest male super models. 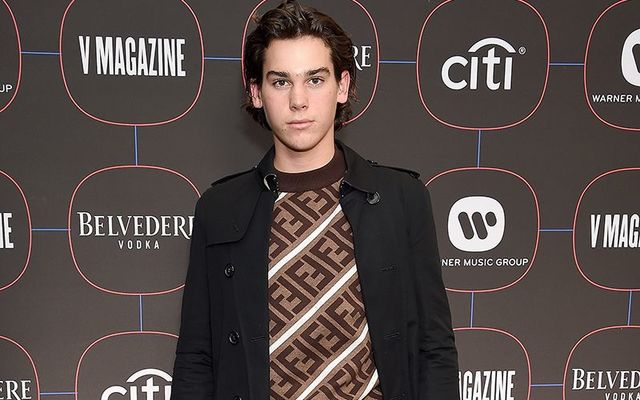 Be still our beating hearts because Pierce Brosnan’s son Paris has made our morning a whole lot better. In fact, we think he could give Hansel a run for his money!

Obvs we all have a bit of a smack for Pierce, even with his terrible Mamma Mia singing. But from all accounts, Paris is set to take the modeling world by storm making us forget his aul fella was ever James Bond.

And isn’t it about time we had an Irish male supermodel?

Thank you!! @dolcegabbana @stefanogabbana for another brilliant show. #altasartoria

Paris took to the runway for Dolce & Gabbana earlier this year and not since Harry Styles have we seen a man rock a statement suit quite so well!

Paris is currently on the cover of the latest MMSCENE magazine alongside Myles O'Neal and Asher Oyelowo, sons of former NBA star Shaquille O'Neil and actor David Oyelowo.

Ever the proud father Pierce shared the cover on his Instagram account along with some advice, saying: “"#parisbrosnan ... out in to the world they go ... do good things ... work hard, love life, be lucky, courage always, and don’t forget to have lots of laughs...be kind... there ya go now lads."

Imagine your Da creating a hashtag out of your name?

So there you have you, Ireland's first supermodel may well just be a bloke. Derek Zoolander would be proud.

Want more stories like this? Get them directly from U Magazine.