Other Voices and the Galway International Arts Festival go live on Friday, September 3 to bring you the live stream show 'Courage' from the west of Ireland - tune in here! 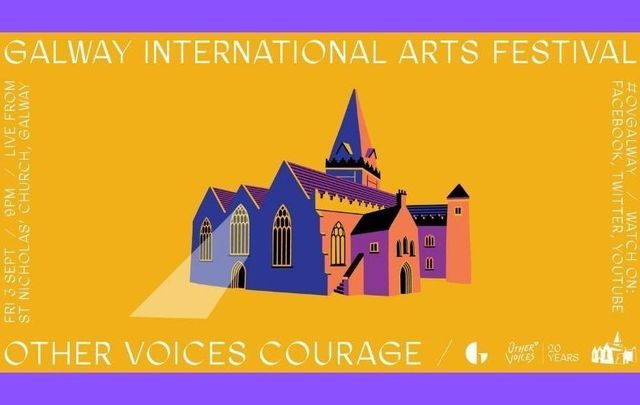 Other Voices is teaming up with the Galway International Arts Festival this Friday, September 3 to bring you live music from Ireland!

IrishCentral is delighted to be again partnering with our friends at Other Voices to bring you this one-of-a-kind performance on Friday, September 3 at 9 pm GMT / 4 pm EST. You can tune in right here on IrishCentral or over on our IrishCentral Facebook page:

For the first time ever, Other Voices - Ireland’s iconic music television show will join forces with the legendary Galway International Arts Festival to broadcast an extraordinary one-off ‘Courage’ live stream on Friday, September 3 from the fabulous setting of the 13th Century St Nicholas' Church in Galway City.

Together, the trailblazing festivals have curated a dream lineup featuring some of Ireland’s most exciting voices to perform as part of the Galway International Arts Festival’s 2021 programme.

Taking place at 9 pm Irish time /  4 pm EST on Friday, September 3, Other Voices and Galway International Arts Festival will collapse distance between homes around the world and the front row of the iconic St Nicholas’ Church with an inspiring evening of performances all free to enjoy online.

Despite being long time admirers of each other's work, this unique live stream marks the first time in their collective 64 years that the two legendary West of Ireland festivals have collaborated together, with Other Voices over the moon to kick off their 20th anniversary celebrations in style in Galway City this September.

Philip King, founder of Other Voices, said: “We were delighted to receive the invitation to be part of Galway International Arts Festival in this, of all years. Galway has always cherished and celebrated a diversity of musical voices and Other Voices is very pleased in this our 20th year to put together a programme that is in tune with the ethos of the festival and to share stunning performances from St Nicholas’ Church in the heart of Galway with the world.”

Paul Fahy, Artistic Director, Galway International Arts Festival, said: “We are delighted to collaborate with Other Voices Courage on this fantastic livestreamed event from the ambient St. Nicholas’ Church during the Festival. This concert will make for a very memorable and special Galway night."

John Crumlish, Chief Executive, Galway International Arts Festival, said: "As a longtime fan of Other Voices, I am delighted that Galway International Arts Festival is partnering with it on this year’s festival. It has always been such a great platform for new Irish music and we are delighted to be involved in helping celebrate its 20th birthday."

Organisers hope that this incredible musical offering will bring Irish and international fans together to celebrate the breadth of dazzling talent exploding from Ireland, with half of the line up calling Galway home.

‘OV Galway’ is a South Wind Blows production, produced in partnership with Other Voices and Galway International Arts Festival's and is made possible with support from the Department of Tourism, Culture, Arts, Gaeltacht, Sport and Media and the Arts Council of Ireland. 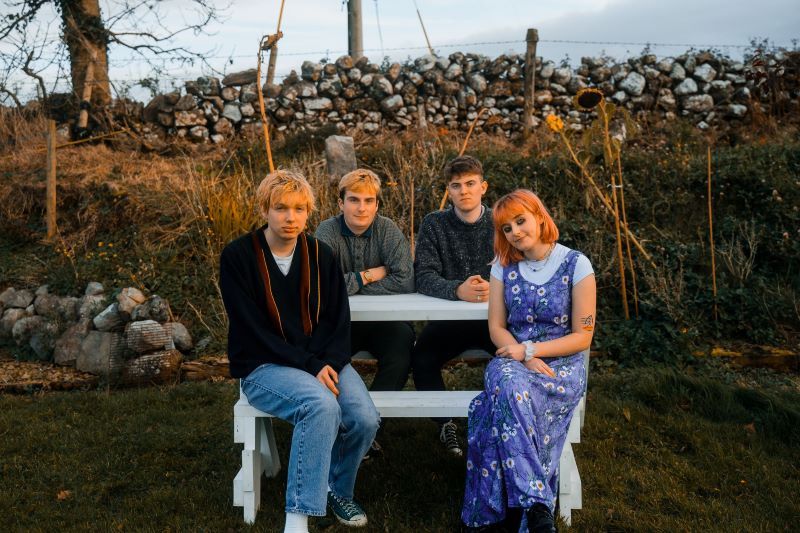 NewDad, a new Irish band from Galway that emerged last year during the lockdown with three consecutive A-list singles at BBC 6Music and numerous plays on BBC Radio 1 plus also receiving support from Pigeons and Planes, Dork, HotPress, and more. They sold out their first-ever UK tour and have been added to Pitchfork / Green Man / Lowlands lineups. They're releasing their music via new London label Fair Youth. 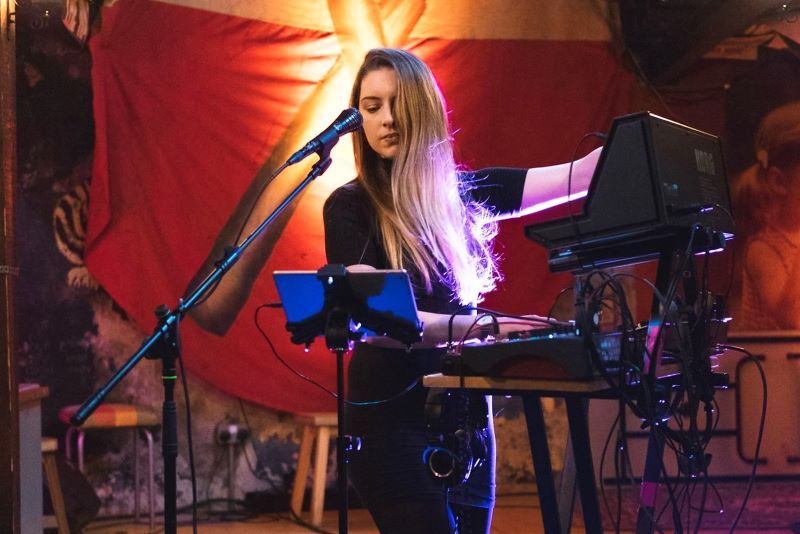 Anna Mullarkey is a composer and performer from Galway, weaving electronics with piano and voice. Having grown up in the West of Ireland, Anna draws inspiration from the sea for her compositions.  The Irish Times called her “phenomenal” and Irish Theatre Magazine classified her music as like “ if a sultry ménage of Björk/Billie Holiday/Philip Glass got together at the Wickerman Festival.” She has released four solo electronic/folktronica singles under the Strange Brew label: “Baby Dragon” (2017), “Sometimes” (2019), “Alright” (2020) and “To the island” (2020)  to critical acclaim, and an EP “Spéir”, which was funded by Galway 2020. Anna was a leading act at the Galway 2020 European Capital of Culture launch, and has been invited to compose and perform the score for several Arts Council-funded plays. Many of the short films and documentaries for which Anna has composed scores have toured internationally and won awards, including Best Short Documentary at both the Galway Film Fleadh and the Cork Film Festival. She is currently working on her debut album, which fuses folk and electronica. 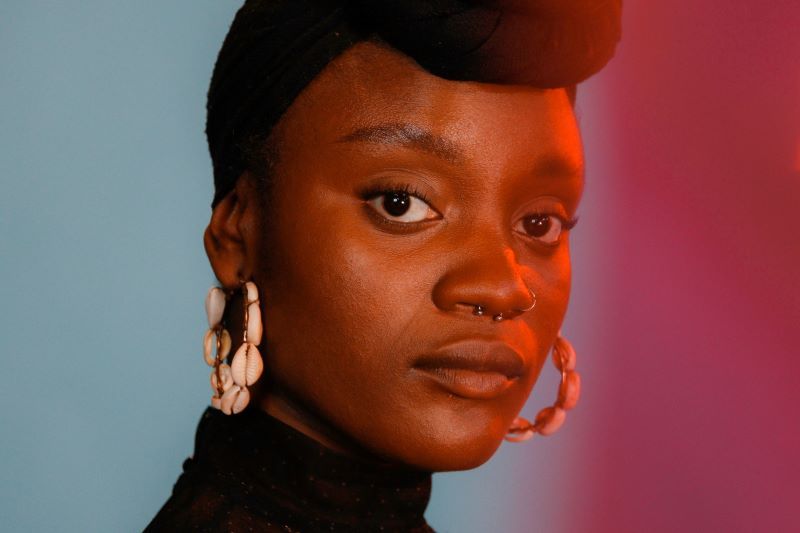 Originally from Nigeria and raised in the Irish midlands, Tolü Makay has used her music as a medium to speak the truth, from singing in a gospel choir as a teenager to working with songwriter and producer Enda Gallery on her debut EP release 'Being'.

A seasoned vocalist possessing classic soul influences from the likes of Erykah Badu, Nina Simone and the Nigerian/French singer/songwriter Asa, Tolü’s trajectory has seemed destined for the stars since the release of her debut single ‘Goodbye’ in 2018.

She will release her debut album in early 2022. 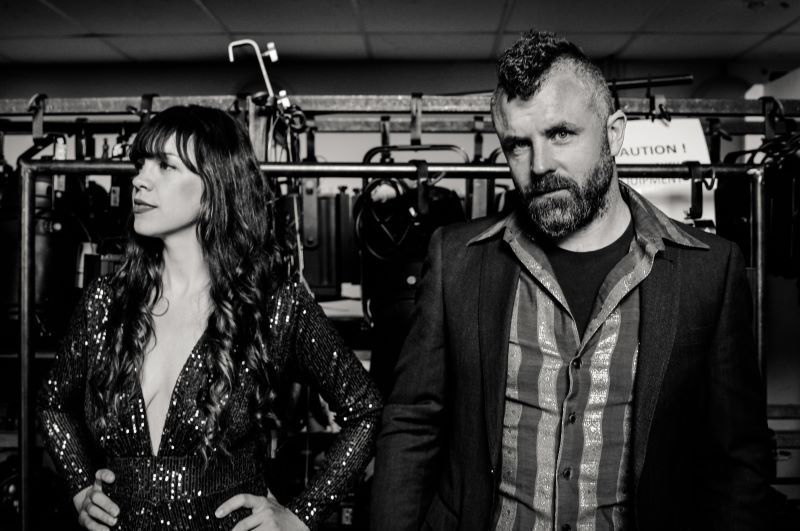 In a first for Mick Flannery, he and Irish newcomer, songwriter, and multi-instrumentalist Susan O’Neill have come together on a collaboration album ‘In the Game’. ‘In the Game’ is a themed collection of songs about a couple coming together and falling apart.

A journey familiar to most. The highs and lows of the game of love, that raw space that the human condition can leave one most vulnerable. This record is as nostalgic as it is a fresh wound, it’s so familiar yet a stranger. 14 songs in a timeless capsule, the songs on ‘In the Game’ will resonate for a long time after.

You can get ready for Friday's 'Courage' live stream at Galway International Arts Festival from Other Voices with this Spotify playlist: