Paul Mescal, Lenny Abrahamson, Sally Rooney, Alice Birch, and Louise Kiely have all been nominated for their work on "Normal People." 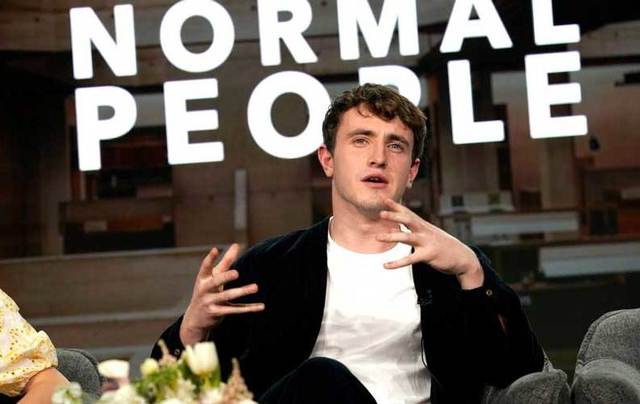 Irish actor Paul Mescal has been nominated in the Outstanding Lead Actor in A Limited Series category for his turn as Connell Waldron. Mescal, who is only 24, could become the third-youngest person to ever win the award. The Co Kildare native is up against Jeremy Irons (Watchmen), Hugh Jackman (Bad Education), Jeremy Pope (Hollywood), and Mark Ruffalo (I Know This Much Is True).

Following his nomination, Mescal said: "I am so utterly honoured to have been included in the nominations list today alongside such immense actors I have admired from afar.

"'Normal People' was created by a huge cast and crew who deserve so much recognition for their incredible work. Most importantly I want to thank my amazing friend and brilliant co-star Daisy Edgar-Jones as the show would not have got the extraordinary response without her electric performance."

A heart-stopping performance. ❤️ Congratulations to @mescal_paul on his #Emmys nomination for Outstanding Lead Actor in a Limited Series or Movie. #NormalPeople pic.twitter.com/6DV3GS50gS

Dublin-native Lenny Abrahamson has been nominated in the Outstanding Directing for a Limited Series category for his work on the smash-hit show. It is the first Emmy nomination for the Irish director who received an Academy Award nomination for "Room" in 2016.

Responding to his nomination, Abrahamson said: "I’m so happy and grateful to have been nominated for my work on ‘Normal People’ and delighted for Paul, Sally, Alice and Louise for having their amazing work recognized.

"Making the show with broadcasters as supportive as BBC and HULU was a joy from start to finish. Sally’s novel is so rich and powerful and I’m beyond proud of the work that the whole cast and crew put in so that we could do it justice – all under the umbrella of my film making home, Element Pictures, led superbly by Ed Guiney and Andrew Lowe. All four nominations we received are a tribute to everyone who put their hearts and souls into this show.

"I want to pay particular tribute to Daisy Edgar-Jones who gave such an extraordinary performance as Marianne – my nomination is as much for her as it is for me. I also want to thank the brilliant producers, Catherine Magee and Emma Norton who were at the heart of everything, as well as Chelsea Morgan Hoffmann whose contribution was vital, and Suzie Lavelle, dazzling director of photography and Nathan Nugent, editor supreme and my right-hand man. Above all, my love and gratitude go to Ed Guiney whose wisdom, skill, and spirit animated the whole enterprise."

His vision brought Marianne and Connell to our screens. 🎥 Congratulations to @lennyabrahamson on his #Emmys nomination for Outstanding Directing for a Limited Series, Movie or Dramatic Special for #NormalPeople. pic.twitter.com/rwKTdnM5Fg

Irish author Sally Rooney, who penned the book from which the hit show was adapted, has been nominated alongside Alice Birch in the Outstanding Writing for a Limited Series category.

Their words brought Marianne and Connell to life. 💘 Congratulations to Sally Rooney and Alice Birch on their #Emmys nomination for Outstanding Writing for a Limited Series, Movie or Dramatic Special for #NormalPeople. pic.twitter.com/IKlYkGEUXq

Irish casting director Louise Kiely has been nominated in the Outstanding Casting for a Limited Series category.

We couldn't imagine our cast any other way. 🌱 Congratulations to #NormalPeople's Casting Director, @louisekiely, on her #Emmys nomination for Outstanding Casting for a Limited Series, Movie or Special. pic.twitter.com/EIgEaCJbZD

Andrew Lowe and Ed Guiney, executive producers of "Normal People" and co-founders of Element Pictures, said on July 28: “Congratulations from all of us at Element to Paul, Lenny, Sally, Alice and Louise for their Emmy nominations.

"The response to the show internationally has exceeded our wildest dreams and this is an incredible honour for the show and for everyone who worked on it.”