How will the New England Patriots perform in week one?

For the first time since week one of the 2001 NFL season, the New England Patriots will line up for a campaign without Tom Brady as their starting quarterback. 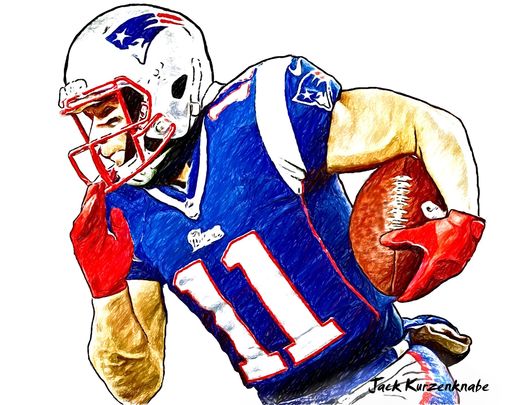 Tom Brady (43) left the franchise in the off-season, signing a two-year deal with the Tampa Bay Buccaneers. Brady was the driving force behind the Patriots being one of the most dominant sides in the history of the league.

Head coach Bill Belichick must now prove that he can win without Brady's influence, and perhaps enhance his legacy in the process. For a large part of the off-season, it appeared that New England was preparing to trust 2019 fourth-round pick, Jarrett Stidham, in the starting role. However, Belichick had an ace up his sleeve and signed former Carolina Panthers quarterback Cam Newton to a team-friendly deal. If Newton can regain the form that saw him named NFL MVP in the 2015 campaign – then it will be a masterstroke from Belichick.

There’s nothing to lose for the Patriots and it could be worth monitoring their odds in the 2020 campaign as an outsider, as reported by WSN, although the presence of the Kansas City Chiefs and the Baltimore Ravens in the AFC Conference will make a run extremely difficult. It all begins for Belichick’s men against the Miami Dolphins in week one at Gillette Stadium. On paper, it’s a very winnable game. In the 67-year-old’s tenure in New England, they have lost their opening game only four times – albeit one of those defeats came at the hands of the Dolphins in 2014.

Miami has a terrible record traveling north to Foxborough, winning just the once in their last 10 visits. That victory came last season when Ryan Fitzpatrick orchestrated a game-winning drive to hand head coach Brian Flores a stunning win over his former team. It cost the Patriots a bye in the playoffs, which resulted in their defeat to the Tennessee Titans in the Wildcard Round.

The Flores factor is important as Belichick has struggled against his protégés. He has lost crucial games to Mike Vrabel, Matt Patricia, and Bill O’Brien along with Flores of late. The Dolphins head coach will once again be out to prove he can best his former boss. Miami will likely not have the services of their rookie quarterback Tua Tagovailoa, which will allow Fitzpatrick to start in search of another victory over the Patriots. He is good enough to punish New England if they’re not at their best, while there are a lot of uncertainties over their defense.

The Patriots didn’t just lose Brady in the off-season. Kyle Van Noy and Jamie Collins departed in free agency, while Dont’a Hightower and Patrick Chung have opted out of the campaign. It leaves a massive leadership void on the field as well as robbing Belichick of key defenders. If rookies Josh Uche and Anfernee Jennings are not able to hit the ground running there could be issues. Their secondary remains are outstanding even with the loss of Chung. Defensive player of the year Stephon Gilmore was given the run around by DeVante Parker in the clash last term, he will be determined to bounce back with a stellar outing to kick off the campaign.

Then there is the most important player on the field – Newton. He certainly has his detractors due to his inconsistent form. The health of the 31-year-old is also a key factor as his shoulder problems ended his 2019 season and his tenure at the Carolina Panthers. At his best, Newton provides a dual-threat with his powerful arm and devastating running style.

If he brings that to the Patriots in week one, Belichick will be ticking off another win in the first week of the term. However, if Newton is the player that struggled for fitness and form for the Panthers over the last two years – New England could be in trouble in the opener and beyond.