Morrissey hits out at The Simpsons after "hurtful and racist" parody

Former Smiths frontman Morrissey lashed out at "The Simpsons" after the famous cartoon parodied him in their latest episode. 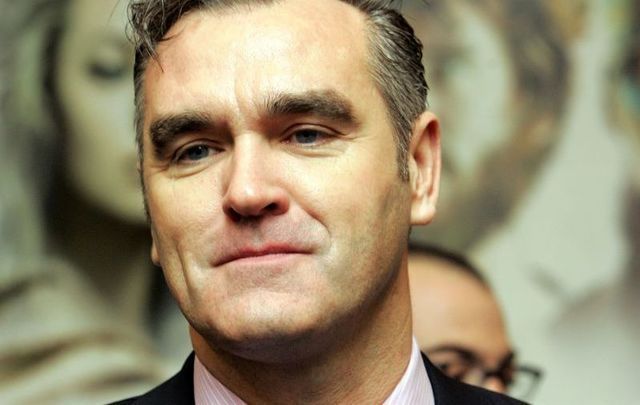 Morrissey was unhappy with how he was portrayed in a recent episode of the Simpsons. Rolling News

Former Smiths frontman Morrissey has hit out at "The Simpsons" in a lengthy social media post after the famous cartoon appeared to parody him in a recent episode.

"Panic on the Streets of Springfield" didn't mention Morrissey by name but made several references to the singer.

The episode, which aired on April 18, centers around Lisa Simpson, who discovers the music of "moody post-punk" artist Quilloughby (voiced by Benedict Cumberbatch).

Lisa learns that Quilloughby was the former frontman of the fictional '80s band The Snuffs - an indie band who dominated the '80s "with their brand of literate, sardonic music that focused on Quilloughby’s obsessions, especially his militant vegetarianism".

She quickly becomes engrossed with the group and invents a young Quilloughby to become her imaginary friend and takes him to Springfield's Bummershoot Festival, where The Snuffs happen to be performing for the first time in decades.

However, Lisa is shocked when her new icon reveals that he has reformed the band as a "cash grab" to pay back for all the lawsuits he took against people.

"I lost my fortune suing people for saying things about me… that were completely true," the singer proclaims onstage.

Quillougby also dismisses veganism as "invented by foreigners" and admits that his attitude toward refugees has changed.

"That’s right, I hate the foreign! Coming to this country and taking our jobs! Sleeping with our men!"

"You are especially despised if your music affects people in a strong and beautiful way, since music is no longer required to. In fact, the worst thing you can do in 2021 is to lend a bit of strength to the lives of others," the singer wrote.

"I have lived with horrible accusations to such a degree that it is generally understood that 'this is how we write about Morrissey'. In other words, I'm quite used to it. I've had enough horror thrown at me that would kill off a herd of bison."

Morrissey's manager Peter Katsis also took to social media shortly after the release of the episode where he blasted "The Simpsons" as "hypocritical, unapologetically hurtful, and racist".

"When a show stoops so low to use harshly hateful tactics like showing the Morrissey character with his belly hanging out of his shirt (when he has never looked like that at any point in his career) makes you wonder who the real hurtful, racist group is here," Katsis wrote on the Morrissey Official Facebook page.

"Even worse - calling the Morrissey character out for being a racist, without pointing out any specific instances, offers nothing. It only serves to insult the artist."

Katsis additionally said that Morrissey has never made a "cash grab" in his life, while he has never sued anyone over something they said. Furthermore, Morrissey is still a "serious vegan" and a strong supporter of animal rights, according to Katsis.

Surprising what a “turn for the worst" the writing for The Simpson’s tv show has taken in recent years. Sadly, The...

"By suggesting all of the above in this episode…the Simpson’s hypocritical approach to their storyline says it all," Katsis continued. "Truly they are the only ones who have stopped creating, and have instead turned unapologetically hurtful and racist."