Morrissey confirmed that "a service will be held in Dublin where Elizabeth was born." 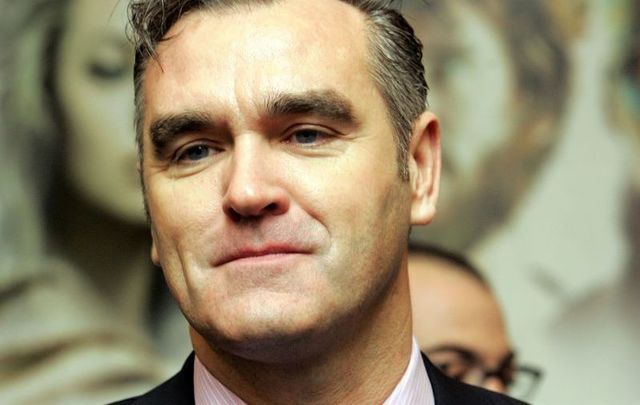 Morrissey announced the passing of his mother Elizabeth Dwyer on his website, MorrisseyCentral. RollingNews.ie

Morrissey, frontman for The Smiths, has confirmed that his mother Elizabeth Dwyer, who was born in Dublin, has passed away.

A post shared on MorrisseyCentral on August 14 confirmed the news of Dwyer's passing.

"A service will be held in Dublin where Elizabeth was born," the post added. "All are welcome."

Dwyer is believed to have been in her eighties.

Later in the day on August 14, a post on the site read: "Anyone wishing to send flowers for Elizabeth Dwyer can have them delivered to the gates of Beechmount, Bowdon Road, Bowdon, Altrincham, Cheshire, WA142AJ, England."

On August 8, Morrissey shared a message on his website along with a picture of him and his mother asking fans to pray for Elizabeth.

The post, signed by Steven Patrick Francis Morrissey, read: "With this broken voice, I beseech you, my friends, to offer prayers of hope and prayers of intercession for the recovery of Elizabeth Anne Dwyer, who is my mother, who is in trouble, and who is the sole reason for all the good and motivational things in my life.

"I ask particularly my friends in Chile, Mexico, Italy, Peru, Paraguay, Brazil, the United States, Ecuador, Israel, and Ireland to offer their prayers for Elizabeth - for she is all I have, and our collective pleas of petition might wake the sleeping gods.

"She is me, and without her vahaan koee kal hal … there is no tomorrow. I ask no more of you… for there could be no more to ask."

Dwyer was born in Holles Street Hospital in Dublin and moved to Lancashire, England.

Morrissey was born to Dwyer and her husband Patrick Morrissey in 1959 in Davyhulme, Lancashire, and grew up in nearby Manchester.

The Smiths frontman was reportedly extremely close with his mother and she was an ever-present at his gigs, according to the Irish Mirror.

Read more: The genius of Morrissey on display this month