More than 3,500 people attended the eight-hour-long event at the Royal Hospital Kilmainham, where antigen testing was used for the first time. 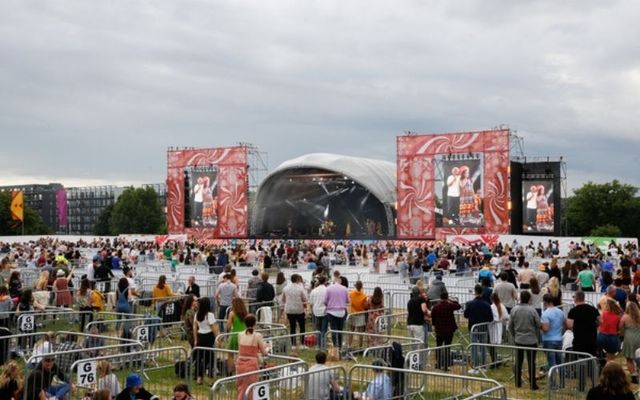 Thousands of music fans attended a pilot festival in Dublin on Saturday as part of an attempt to trial the safe return of large-scale events.

More than 3,500 people attended the eight-hour-long event at the Royal Hospital Kilmainham, where antigen testing was used for the first time.

All concert-goers required a negative test to attend the festival, even if they were fully vaccinated against COVID-19.

Hosted by the Irish Museum of Modern Art, the festival featured performances by Gavin James, Wyvern Lingo, Denise Chalia, Wild Youth, Sharon Shannon, and Lyra, who all played full sets over the course of eight hours.

Garda Air Support unit took some aerial photography yesterday during the set up for the Pilot Concert in the Royal Hospital Kilmainham today. #StaySafeStayHealthy #WashYourHands pic.twitter.com/fv3wEHSpvM

The festival was the fourth in a series of pilot events supported by the Department of Tourism, Arts, and Culture in an attempt to trial the return of large-scale events. It was the first event in the series to trial antigen testing as a requirement for entry.

Health specialists carried out the tests at a designated site in Collins Barracks on Friday night between 4 and 9 p.m. and on Saturday between 8 a.m. and 4 p.m.

One concert-goer tested positive for COVID-19 with an antigen test but later returned a negative PCR result.

The concert-goer was not permitted to attend the festival following the positive antigen test and was provided with a full refund.

Concert-goers were required to remain in pods of six during the festival, while they had to wear a mask and maintain a social distance of two meters while walking outside the pods.