Memorabilia from 'The Quiet Man' and other personal effects of the legendary actress will be sold on November 29. 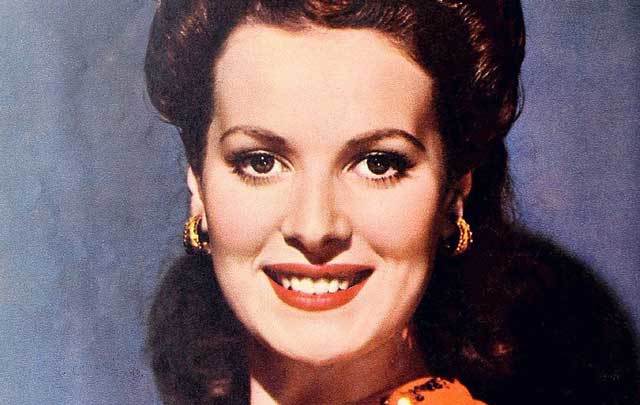 Hundreds of personal items once belonging to the late Irish screen legend Maureen O’Hara are to be auctioned at Bonhams in New York on November 29th.

Up for auction will be books, clothes, jewelry, antiques, and memorabilia associated with her Hollywood career, including “secret love letters” sent to O’Hara from ‘The Quiet Man’ director John Ford.

O’Hara, who was born Maureen FitzSimons in Ranelagh, Dublin, in 1920, died last year at the age of 95, in the United States. Married three times, she was survived by her daughter Bronwyn FitzSimons.

FitzSimons, 71, died last May from natural causes and was survived by a son, Maureen O’Hara’s only grandchild, C Beau FitzSimons, who lives in the States.

The Irish Times reports that Bonhams said O’Hara’s estate had asked them to sell the collection, which includes the letters sent to her by John Ford, the director of t’he 1952 film The Quiet Man,’ in the months before filming began on location in Mayo and Galway.

Catherine Williamson of Bonhams said the letters were “so intimate and intense that O’Hara herself planned to destroy them upon her death, but in later years changed her mind.”

The letters, which have never been published, will be on view at Bonhams offices in Los Angeles this weekend.

According to Bonhams, prospective bidders will be required to “sign a non-disclosure agreement to not reveal the contents before or after the sale unless the signer is the winning bidder.”

The company declined to give any estimate for the letters except that they were “expected to make hundreds of thousands of dollars.”

Williamson told the Irish Times that the letters and other items up for auction had been stored “in a cold warehouse in Idaho” where she and a colleague “dug through stacks and stacks of boxes like Hollywood archaeologists, piecing together the story of [Maureen O’Hara’s] life from the tangible property she left behind.”

A “pale yellow ceramic mug with a gold handle, painted with the Gaelic phrase ‘Céad Míle Fáilte’ and ‘Duke’” which was given to O’Hara by John Wayne at the end of the film’s production is expected to sell for up to $700.

Among her personal items is “a collection of Maureen O’Hara religious artifacts,” including rosary beads, prayer books and “a small figure of the Infant Jesus of Prague with a cloth cape.”

A batch of “political correspondence”, including Christmas cards from the Reagans and Bill and Hillary Clinton, is also up for auction, with a top estimate of $1,200.