“Some Say Chance” features O’Hara, her mother, and siblings in a silent film about a young Irish girl and a London prostitute. 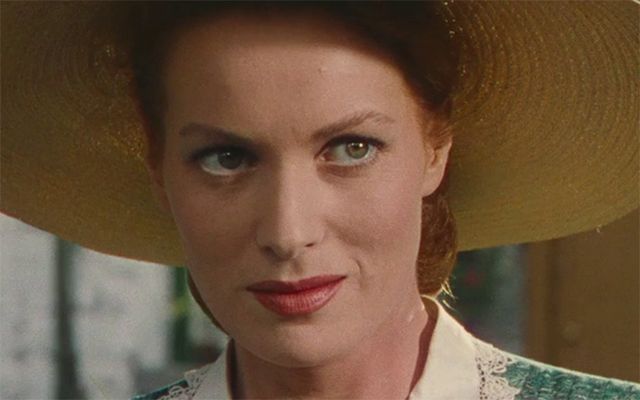 Maureen O'Hara in The Quiet Man.

Beloved Irish actress Maureen O’Hara may always have cited 1938’s “My Irish Molly” as her screen debut but the flame-haired Irish woman failed to mention a small role she played in an interesting silent feature film about a prostitute’s daughter. “Some Say Chance” features the Dublin-born actress in a small role secured for her by her mother and will be aired in Ireland this week for the first time in decades, having been thought lost forever until the 1990s.

Premiering in Dublin in 1934, “Some Say Chance” had all but disappeared until portions of the film were donated to the Irish Film Institute (IFI) by Colm O’Laoghaire, a documentary film-maker. The original film was thought to be 80 minutes long but only half as much of that has been recovered. Working through the parts of the film that are now available, a pieced-together version of the Queen of Technicolor’s debut will be shown at the Carlow Arts Center this week for the first time in 83 years.

It is unclear still how O’Laoghaire came to have parts of the film in his possession, handing over two cans of edited material and seven cans of raw footage to the IFI before his death in 2007.

It was Rita FitzSimons, O’Hara’s mother, who drafted her young daughter and O’Hara’s three siblings into the filming of the movie, despite her rather racy role as a London prostitute. Sunniva O’Flynn, head of Irish film programming at the IFI, states that it was the first Irish feature film to include a “lady of the night”.

The director, Michael Flynn, worked with a few experienced actors such as Fitzsimons but mostly used amateurs in this low-budget movie that allowed for natural light by filming outside and simply hanging up bedsheets to act as the walls of the various rooms the action was set in.

“Some Say Chance” told the story of a young Irish girl, played by Belfast-born actress Gerrie O’Connor, who finds herself in a boarding school in Co. Wicklow after her father ventures to Australia to find work.

Having long thought her mother was dead, the girl discovers that she is, in fact, working in poverty as a prostitute in London under the name “Irish Moll.”

The portions of the film that contained the original ending, in which Irish Moll’s pimp attempts to murder her, were not among those recovered by O’Laoghaire and so Irish film-maker Dean Kavanagh was forced to recut and create a new ending in order for the film to be shown again.

“It was hard to anchor a plot without the ending, so I tried to focus on the girl’s boarding school, which was a very oppressive place,” Kavanagh told The Times.

“The new ending leaves things in limbo, but I thought that an ambivalent ending was appropriate, given how fragmented parts of the edited material were. I am not sure if the director intended to create an artistic effect with the abrupt starts and stops, but a feature film was an ambitious task for an amateur director, so perhaps he was learning as he went.

“The interiors are hilarious, because they are just bedsheets on the walls and it is clearly outside, but Farrell achieved natural light, which was an accomplishment for someone who could not afford to rent a studio.”

Born as Maureen FitzSimons in Ranelagh in Dublin city on August 17, 1920,  O’Hara and her five siblings showed their talent from a very young age. Training at the famed Abbey Theatre from her teens, Maureen’s dream was initially to be an opera singer.

Despite being made to go to business college by her ever-practical father, Maureen was discovered at just 17 years of age by famed English actor, Charles Laughton and earned her one-way ticket to Hollywood in the 1939 film “The Hunchback of Notre Dame”.

Working hard to prove her worth as an actress so she wouldn’t be consigned to decorative film roles, Maureen was held in high regard for her classical training in the performing arts and her strong soprano singing voice but it took grit and determination to make sure she was taken seriously.

“After I got to Hollywood, I resented that I didn't get a crack at more dramatic roles because I photographed so beautifully,” she said.

Not just an incredibly talented actress, Maureen O’Hara also became the first woman ever to manage a scheduled airline. Losing the love of her life, her third husband Captain Charles Blair, in a tragic plane crash in 1978, O’Hara continued to run their commuter airline service Antilles Airboats, in St Croix in the American Virgin Islands.