Irish go to the movies 3.4 times a year. That's more than any other country in Europe. 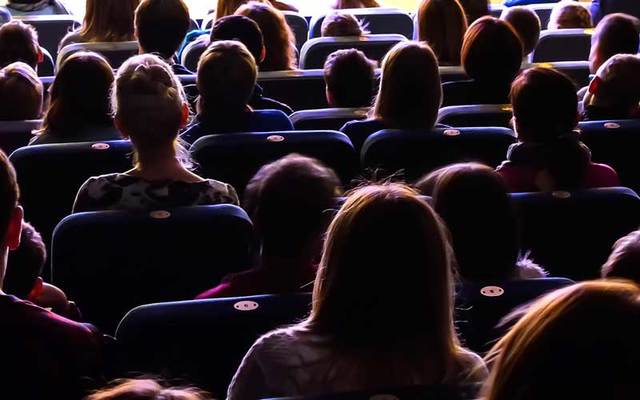 Irish go to the movies 3.4 times a year. That's more than any other country in Europe.

An average of 3.4 cinema visits per capita was made throughout Ireland in 2017, an increase from the previous year -- and more than anywhere else in the EU.

The upward trend, which saw Ireland nudge ahead of cinema-obsessed France at 3.3 visits per capita, reflects what was a bumper year for the Irish cinema industry in terms of box office receipts, with takings in 2017 topping $133 million -- the highest figure since 2010.

Further analysis by the company has revealed that Irish cinema-goers are big spenders, splashing out an average of  $19.84 to enhance their big screen experience on top of their cinema tickets.

The Film Audience Measurement and Evaluation research, which was unveiled on Monday and followed a survey of 1,700 movie-goers, found seven in 10 respondents still prefer to watch a movie on the big screen than anywhere else.

Almost one in two (45 percent) cinema-goers head out to the movies at least once a month, according to the findings.

Eoin Wrixon, CEO of Wide Eye Media, said the research confirms that despite the availability of online streaming services, the Irish love affair with the cinema shows no sign of waning.

He said, "Although we are devoted to devices, bigger is better when it comes to our screens.  As our world becomes more and more digital, there is a growing trend, especially among those with children, towards placing value on experiences rather than material things.

"The cinema experience is universally cherished.  Everyone remembers their first trip to the movies."

Meanwhile, industry experts have predicted that cinema attendances are likely to rise in the summer months due to a string of anticipated blockbusters including Jurassic World: A Fallen Kingdom and Mamma Mia! Here We Go Again.