Says he wooed her with brogue and poetry - and cheap wine. 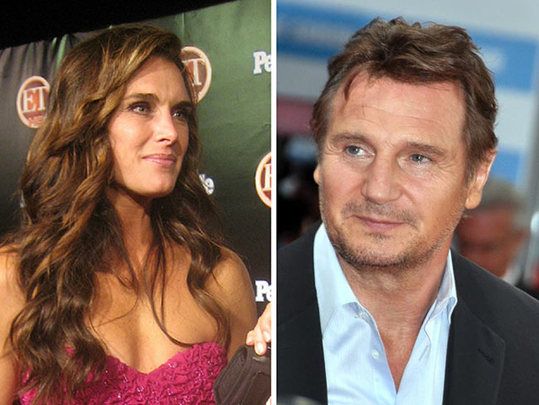 Brooke Shields has revealed that Liam Neeson asked her to marry him after they had dated for three months soon after she graduated college in 1991.

“Liam wooed me with his brogue, his poetry and his sh----choice of Pinot Grigio” the former child star reveals in her memoir “There Was a Little Girl.”

About Neeson she said, “I was so impressed with going out with a real movie star...We got serious after only three months. He asked me to marry him without a ring.”

They spent a tipsy Christmas together in 1992, Neeson flew to Los Angeles and told her he’d call but that it would be “late darling.”

She says he never called.

However, after he left her he called again and proposed. “I said knowing you, you’ll fall in love with your next leading lady and he did: Natasha Richardson.”

She said her mother pushed her to stay a virgin as long as possible, but she developed a “huge crush” on JFK Junior and they spent a day together and went out a few times but never slept together.

The book deals extensively with her mother’s domineering nature, her mother’s alcoholism and her eventual descent into Alzheimer’s which she died of.