Liam Neeson like a surrogate father to me says Orlando Bloom 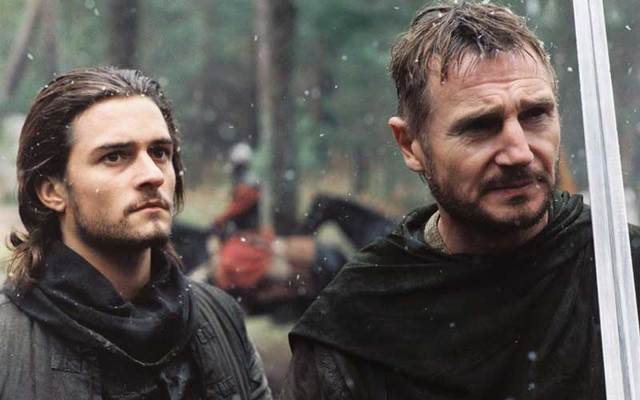 Actor Orlando Bloom has said he considers Liam Neeson “his surrogate Hollywood dad” and credits the older Irish actor with keeping him grounded.

The Pirates of the Caribbean star said that when he played Neeson’s son in the 2005 historical epic film Kingdom of Heaven, the screen legend took him under his wing.

“Just getting to breathe the same air was enough. I’d grown up watching his movies — Schindler’s List, Michael Collins. I thought I was going to be terrified by this towering legend,” said the 40-year-old.

“And it was my first lead in a movie. I’d done Pirates and Lord of the Rings and Troy. But this time, I was number one on the call sheet of this very expensive, very big movie. I’m 25, 26 and that can make your head explode.

“And Liam was amazing, we just clicked. It was like meeting a guy you’ve known your entire life. And you know, he knows how huge this is for me, watches out for me, like a surrogate dad figure and I remember him saying, ‘Just stay you! Always stay you. Don’t buy into any of the bulls***.’ That’s been his motto, seems to have worked.”

The English actor played an Irish convict in the 2003 period drama Ned Kelly, alongside the late Heath Ledger.

Bloom, who has a grandfather from Belfast, adopted an Irish brogue for the role and maintained it for the four-month shoot in Victoria, Australia.

He laughed: “It was my form of method acting, at the time. Once I had it, I didn’t want to give it up so I stayed Irish for the entire shoot. It became part of my identity. And I still break into it from time to time. Good to bring it back.”

“I’m at pains to convey my short scenes. Only at the beginning and the end. I fear there’s this misconception that I’m central throughout but that’s not the case. I was only on it for a few days, down on this huge, epic set. It was never going to be a central role.

“They asked, ‘Would you come back to introduce your son,’ who Brenton (newcomer Brenton Thwaites) plays. And I loved that idea of passing the torch to the next generation who goes off on his own adventure. I sort of bookend the action.”