Liam Neeson is back! Leads US box office

A film with Neeson in the lead tops the Box Office for the first time since 2014. 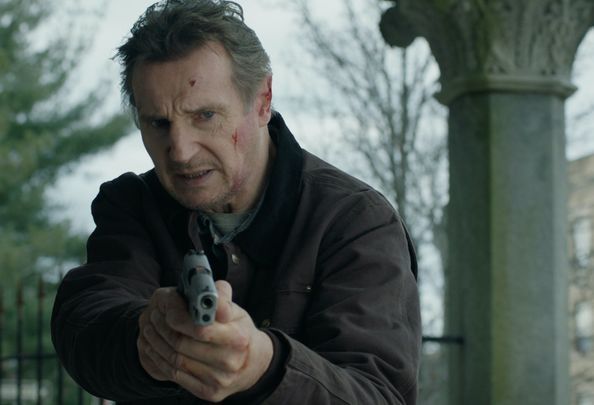 Irish star Liam Neeson is back on top of the Box Office with his new thriller "Honest Thief, although the film's $3.7 million ticket sales are among the lowest to ever land at No. 1 in the US Box Office.

Christopher Nolan's science-fiction thriller "Tenet", which has been in cinemas since August, came in third place with $1.6 million in ticket sales.

In a sign of the times, the 2020 re-release of "The Nightmare Before Christmas" charted in fourth place on last weekend's Box Office, with ticket sales of $1.3 million. No other film took home more than $1 million.

It is hardly surprising that Box Office receipts are so low given that movie theaters are operating at reduced capacity across the United States and given that a significant number of regular moviegoers are staying away from theaters due to the COVID-19 pandemic.

A dearth of blockbuster movies in recent months has also failed to draw in large audiences.

For Neeson, however, last weekend's ticket sales mark the first time a film in which he has played the leading role has topped the US Box Office since "Taken 3" in 2014.

The Irish actor plays a master-thief in Boston who falls in love with one of his victims in "Honest Thief", a non-stop action thriller that perhaps feels a little familiar.

All told, it was a very successful weekend for Neeson after his film "Ordinary Love" scooped the Best Film Award at the 2020 IFTAs on Sunday night.