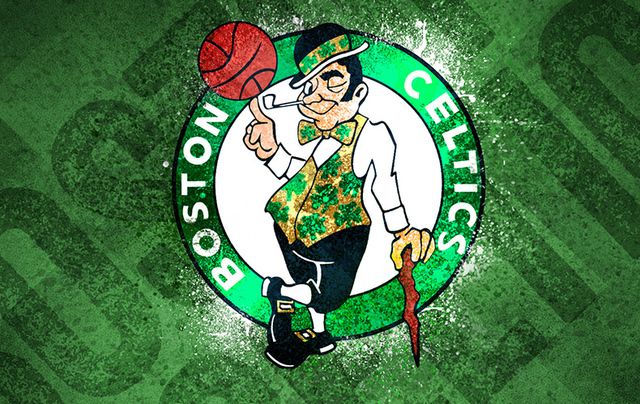 Lebron James donned the Fighting Irish logo before Cleveland's play-off game on Wednesday night against the Boston Celtic, at Boston Garden. The Celtics, of course, are famous for their own logo of the world-famous jolly Irish guy who has his left eye winking at you, his left hand resting on his shillelagh.

LeBron was actually wearing a T-shirt from his high school team in nearby Akron, Ohio – the St. Vincent-St. Mary Fighting Irish. But seriously, the timing of wearing the leprechaun Irish jersey was no coincidence.

LeBron in a shirt of his high school’s Fighting Irish logo 🤔 (via @MarkUrycki) pic.twitter.com/ZJ0wOHSpzM

With LeBron, Maverick Carter (his cousin) and a very talented team, the Fighting Irish had a perfect 27-0 record and captured the state championship, the first since 1984.

LeBron averaged just under 20 points and was immediately seen as an up and coming sensation.

In his second year the teenage phenom became a huge draw.

In their first game the Fighting Irish switched the game at the University of Akron’s James A. Rhodes Arena. Some 5,000 fans packed the place.