Late Late Toy Show performer Jackson didn't speak for the first three years of his life, until the day he heard a type of electronic dance music. 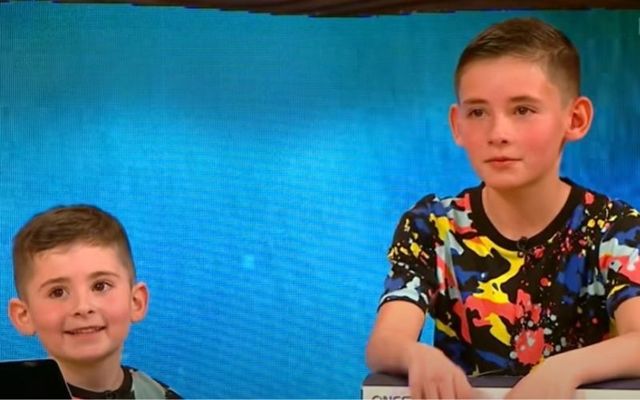 A father of a young Late Late Toy Show star has revealed that DJ music helped his son speak for the first time.

Five-year-old Jackson his older brother DJ Calum entertained and captured the heart of the Irish nation with their performance on last Friday's Late Late Toy Show.

Speaking to the Sunday Independent, their father David Kieran, revealed that Jackson didn’t speak for three years until he heard the music of trance legend Armin van Buuren.

“Jackson was delayed in speaking, and we were worried about him to the point that we had taken him to a speech and language therapist.

"He never spoke, he just used to listen to music constantly... [and] there was a famous DJ set by van Buuren that we would watch.

After the brothers developed a love for this genre of electronic dance music, Dave bought Calum decks for his next birthday. He explained they “gathered dust” for a year until the pandemic hit, and there was enough free time for Calum to begin to learn the basics of DJing.

Calum brought his new skills to the Toy Show stage, along with his "hype man" and biggest supporter, Jackson. The brothers even made a lasting impression on Ryan Tubridy, who gifted Calum a top-of-the-range music mixing set.

Other highlights from this year's Toy Show also included appearances from Irish Olympic gold medallist Kellie Harrington and Ed Sheeran, as well as over €6.5 million being raised by the public for the Community Foundation for Ireland.