Travel through the landscape and history from Monaghan to East Cork with RTE’s new series now online. 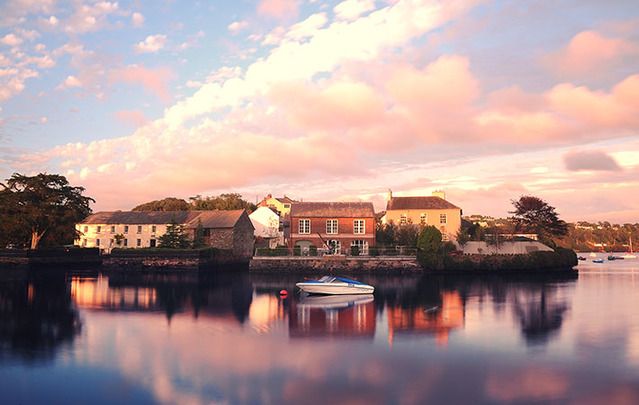 Beautiful shot of east Cork: Travel through the landscape and history from Monaghan to East Cork with RTE’s new series now online. RTE

This summer, RTÉ broadcaster, John Creedon is travelling from Monaghan to East Cork, along the new tourist route Ireland’s Ancient East, revealing the beauty of our landscape and history like you have never seen it before in his new show Creedon’s Epic East on RTÉ Player International.

For a man who has the country criss-crossed and has explored every nook and cranny, we caught up with John to discover his Top Ten “Must See” Places Along Ireland’s Ancient East.

The east coast of Cork was another ‘treasure trove’ for John. While most people head to west Cork, John said that the east Cork is also stunning. Just fifteen minutes from Midleton, you have the Jameson Irish Whiskey experience, some of the best food producers in the country like Ballycotton Seafood, Ballymaloe House and some lovely attractions like Fota Island Wildlife Park and Gardens, as well as for some stunning beaches.

High on John’s list of places to visit along Ireland’s Ancient East route was Wicklow, which he described as a ‘hidden gem’. Just thirty minutes from the centre of Dublin city, John was bowled over by the expanse of wilderness. Known as the “Garden of Ireland”, its unique landscape includes cliffs, sandy beaches, rolling mountains, hidden lakes, bogs and friendly villages. Here, one can follow in the footsteps of St. Kevin at Glendalough’s monastic site, bear witness to the grandeur of Russborough House, step back into a time of Rebellion at Wicklow Gaol, explore the Wicklow mountains or fish along the coast, rivers or lakes.

Kilkenny city was another favourite with all its towers and castles and is teeming with culture and action. A popular tourist destination, it is perfect to use as a base for which to explore surrounding towns and the countryside. Discover all that Kilkenny has to offer with visits to Kilkenny Castle, St. Canice's Cathedral and round tower and St. Mary’s Cathedral, to name but a few. Kilkenny is clearly a town full of heritage but also renowned for its culture with wonderful craft and design workshops, the famous Cat Laughs comedy festival and the Kilkenny Arts Festival making this vibrant city well worth a visit.

Lough Crew is the best kept secret in archaeological Ireland. Megalithic structures originally built as burial chambers about 4000 BC, the Cairns form the largest complex of passage graves in Ireland pre date the likes of Stone Henge and Newgrange.

Known as the sacred centre of Ireland, the Hill of Uisneach in Mullingar is one of the most hallowed and historic sanctuaries in the world. Its summit offers views of up to twenty counties across the island of Ireland. With surviving monuments and relics dating from the Neolithic, early Bronze Age through to the medieval period, it is estimated that human activity on this site spans over 5 millennia. It is said to be the burial site of the Earth Goddess Ériu and the Sun God Lugh making it sacred ground and the gateway to the mythical fifth province, Míde, which held Irelands four provinces together.

Another place that intrigued John Creedon was Birr Castle in Offaly. Dating back to 1170, the castle is currently home to the seventh Earl of Rosse. The castle grounds are home to Ireland’s Historic Science Centre featuring contributions to astronomy and botany from Ireland’s historic scientists. One such contribution is The Great Telescope of the third Earl of Rosse. A record size astronomical telescope used up until the early 20th century it was restored in the 1990’s and is open for viewing by the public. It is also home to Ireland’s largest treehouse.

The ancestral home of the McMorrough Kavanaghs, Kings of Leinster since the 1500’s, Borris House is steeped in history. The most famous of the ancestors is Dermot MacMorrough, who invited the Normans to Ireland in 1167. The house was rebuilt in 1731 and guided tours are available for visitors. Situated in the vicinity of Mount Leinster, the Blackstairs Mountains and the River Barrow, the luxurious venue is considered the jewel in the crown of Carlow. John was treated to a tour of the House and its grounds topped off with some fine dining.

A small village and Irish speaking area (Gaeltacht) located in Co. Meath, Ráth Chairn Gaeltacht was founded in 1935 when 41 families from Connemara were settled on land previously acquired by the Irish Land Commission (created in 1881 as a rent fixing commission). Receiving official recognition as a Gaeltacht in 1967, Ráth Chairn and its neighbouring village, Baile Ghib are classed as the Meath Gaeltacht. Hearing the stories of the original settlers from their ancestors was genuinely moving for Creedon.

Located about three kilometres south of Blacklion in Co. Cavan, the limestone plateau that is the Cavan Burren is now beginning to be recognised as one of the finest relict landscapes in Ireland. With certain areas of the site displaying characteristics of pre-glacial times, the fossils embedded in its limestone date back to 350 million years ago! The area shows a history of early human settlement from Neolithic times to 19th century farmers and an evolution of landscape from its formation in a tropical sea south of the Equator, through the various Ice Ages to present day. The experience of visiting the Cavan Burren was, needless to say, mind-blowing for John Creedon.

The museum focuses on collecting, conserving and displaying the material heritage and culture of County Cavan, over its 6000 year history with collections ranging from prehistoric to modern objects. One of the exhibitions that caught John’s attention was the replica World War I trench, built to the original specifications as used by the Royal Irish Fusiliers. It is the largest WW1 replica trench throughout Ireland and the UK. Also currently on display is a replica of the GPO in honour of 1916 Commemorations.

As well as visiting all of the gems that Ireland’s Ancient East has to offer, John also advises that you travel with an open heart and off the beaten track. “If you wander around Ireland with an open heart you will find delights and reaffirming moments in the strangest places” John says. “The most unlikely places often give you the greatest satisfaction.”

You can catch his new series Creedon’s Epic East on RTÉ Player International.