The controversial new Netflix film "Blonde" has received widespread criticism particularly due to a scene between Marilyn Monroe and President John F. Kennedy. 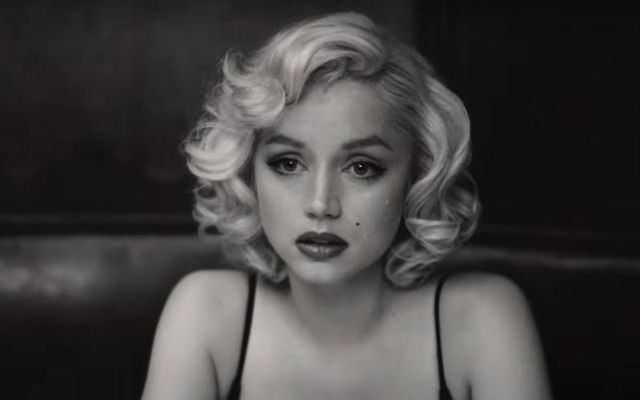 The controversial new Netflix film "Blonde", adapted from a fictional book on the life and career of actress Marilyn Monroe, received widespread criticism upon its release in Sept 2022 particularly due to its portrayal of Monroe's relationship with JFK, whom she is believed to have had an affair with in the 1960s.

Directed by  Andrew Dominik and starring Ana de Armas, viewers have expressed their anger towards a scene near the end of the film which shows Monroe drugged and taken to a character named “the president” who bears a striking resemblance to JFK.

plenty to dislike about blonde but, on the other hand, it features probably the most disrespectful portrait of any american president (JFK) I’ve ever seen put to screen

"The president" character then proceeds to force Monroe to perform sexual acts on him before turning violent while a voiceover shows Monroe attempting to disassociate from the situation. Some viewers have called it “character assassination” while others are describing it as an “exploitation” of Monroe’s story.

Had about 30min left in #Blonde but I called it quits during the JFK part. The decision to hold on certain sequences throughout the film was disgusting. Glad Ana De Armas is proud of this film but it felt like an opportunity to exploit her.

Once media outlets started to couple JFK and Marilyn Monroe as having a secret love affair, audiences across the world latched onto the very notion and any picture or event with the two of them would be sprawled across magazines and newspapers with speculations.

One of the first points at which the rumored couple began to gain attention was when Monroe sang “Happy Birthday” to the president in a now-infamous seductive manner on May 19, 1962. This performance is regarded by many as proof that an affair was taking place.

Whether the rumors are to be believed or not, the media wanted to use the success of these two for some publicity. Monroe’s sensuality, good looks, power, and admiration from around the world were taken advantage of. President John F. Kennedy and Marilyn Monroe were two of the most loved public figures across the world, and pictures spoke a thousand words even if it wasn’t the whole truth.