Jessie Buckley and Dermot Kennedy have both enjoyed meteoric rises in the past two years. 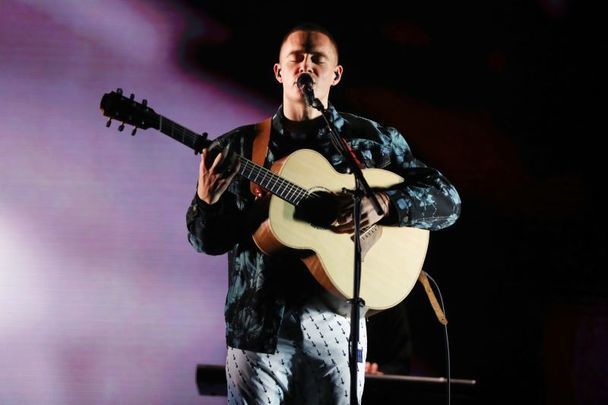 Irish actress Jessie Buckley and singer Dermot Kennedy are set to appear on the hugely popular Graham Norton Show on the BBC on Friday night.

Kennedy, who has enjoyed a meteoric rise in the last 18 months, will perform his hit song "Giants" on Friday night's show, which airs at 10:45 p.m. GMT on BBC One.

The Irish singer promised a "very special performance" ahead of his appearance on the popular BBC show, which has been running for 28 seasons.

Tune in to @TheGNShow on BBC One from 10:45pm this Friday to watch a very special performance from us. X https://t.co/jXvT7qOmYM

Buckley, meanwhile, will be joining Irish presenter Graham Norton on the red sofa to talk about her role in "I'm Thinking of Ending Things", a new psychological horror film on Netflix directed by Charlie Kaufman.

The film is based on a 2016 novel by Iain Reid and received widespread critical acclaim when it hit Netflix on Sept. 4 this year.

Starring Buckley and Jesse Plemons, "I'm Thinking About Ending Things" is a tense psychological horror that will keep you on the edge of your seat.

Buckley and Kennedy will be joined by British comedian Bill Bailey, who will be performing on "Strictly Come Dancing" this year, and British actor and comedian David Walliams on Friday night's show. American actress Octavia Spencer will also join Norton for a chat on the red sofa.