Another week of incredible podcasts from Irishman Abroad: books edition with Will De Búrca, Sonia O'Sullivan and chi running and the Martha Stewart scandal. 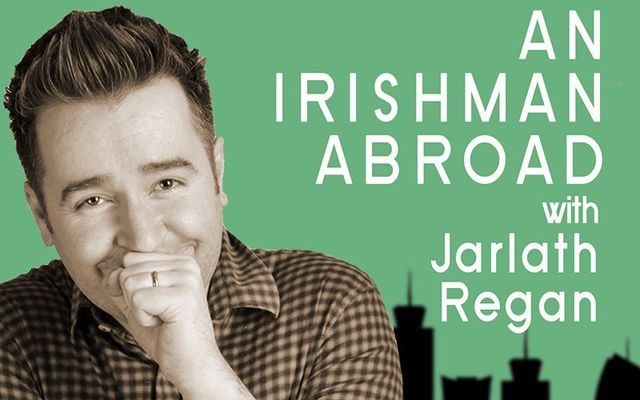 The Irishman Abroad series of podcasts is a hit with millions of listeners worldwide subscribing to hear multiple weekly episodes on all manner of subjects. This week alone the series posted three episodes outside of its flagship interview podcast on athletics, rare book collecting, and the renaissance of Martha Stewart.

How did Liz Nugent become one of Ireland’s most celebrated crime fiction writers? She says it was purely accidental. In this Sunday’s Irishman Abroad podcast, Jarlath Regan meets the award-winning Dublin woman to talk about her miraculous path from suffering a life-altering brain hemorrhage as a child to taking Riverdance to Broadway and on to ten successful years in tv drama production.

Nugent made her break into publishing when a short story she submitted to the Francis McManus Short Story Competition in 2006 was shortlisted. The story was the seed from which her first novel, Unravelling Oliver, grew. A book that went on to become a global bestseller and earned her the prestigious honor of being named crime novelist of the year. The full episode will be available from Sunday.

The conversation between Regan and Nugent on this podcast is not just a must-listen for anyone who has suffered professional or medical setbacks, it is also a one of kind insight into writing, story creation, and character work for anyone with aspirations to get published.

Across the last two years, Nugent has seen a boom in the sales and popularity of her books. She attributes some of the success to our leaders and the visibility of injustice in our society today. “In Ireland, we are geographically caught between the UK and the USA, both currently being governed by pathological liars and buffoons. When people like that get into positions of huge power, it makes for a very unjust society. That’s why I think crime fiction is booming because at least, usually, the bad guy gets caught in the end.” 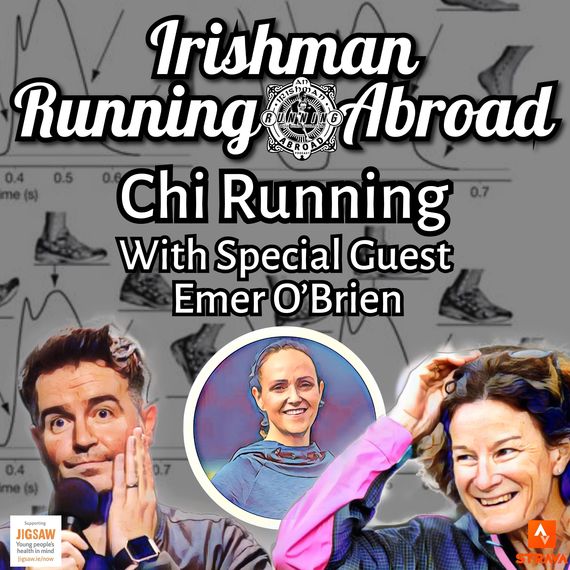 Sonia O’Sullivan co-hosts the Irishman Abroad fitness and well-being podcast known as “The Irishman Running Abroad”. This week she advised listeners on how to tweak their running technique to run faster and more efficiently through the “chi-running” method. Sonia took a sample video of Jarlath’s running gait and together with Kilkenny running guru Emer O’Brien they analyzed what needed to change. This hilarious sub-series of Irishman Abroad is designed to help new and experienced runners through Sonia’s no-nonsense approach.

The Selection Box: Books Edition with Will De Búrca 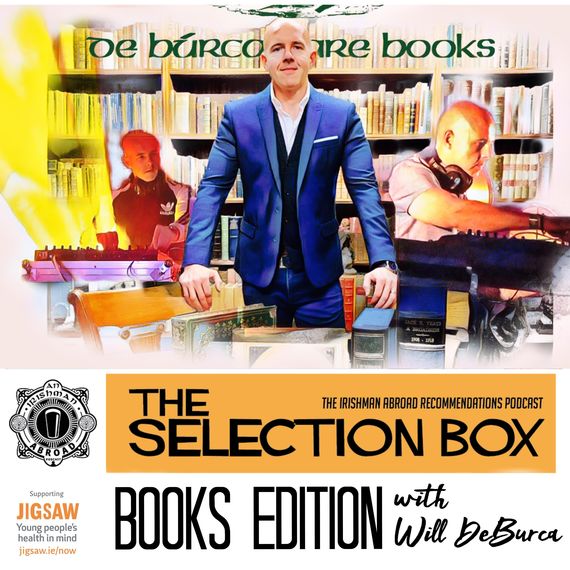 The Selection Box: Books Edition with Will De Búrca.

On Thursday the podcasts introduced us to Will Deburca of DeBurca Rare Books a family business that began when his father Eamon found a rare publication in Castlebar at the age of 16. Will Deburca explained to Jarlath how the family business grew from a small side interest to becoming the number one stockist of quality Irish antiquarian and rare books in the world today. With years spent studying bookbinding and learning the business at Sotheby's in New York City, Will DeBurca is more than qualified to explain to Jarlath how the business works and some of the more bizarre items he has come across during his time. 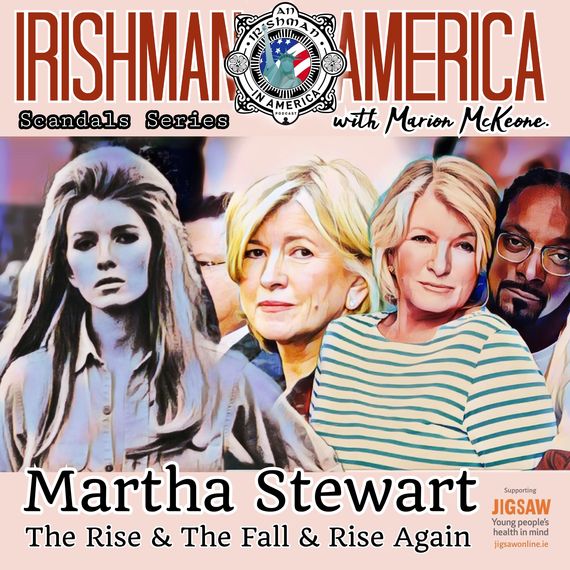 Every Friday Marion McKeone joins Jarlath to turn the focus towards America and the greatest scandals in the history of the union. This week she takes us on a deep dive into the remarkable rise and fall and rise again of an American icon - Martha Stewart. McKeone has spent the guts of two decades researching and interviewing those closest to the self-made billionaire who spent time in prison for lying to a federal investigation into insider trading. As always McKeone’s level of analysis is unmatched. Jarlath asks her how Stewart’s latest partnership with rapper Snoop Dogg came about and whether the jail sentence seems harsh in the light of the financial scandals that would follow her conviction.

If you’re tired of rooting around your podcast app for consistently high-quality listening on subjects close to Ireland and beyond, make sure you are subscribed to Irishman Abroad. Premium members can gain access to hundreds of bonus episodes from the series extensive archive.