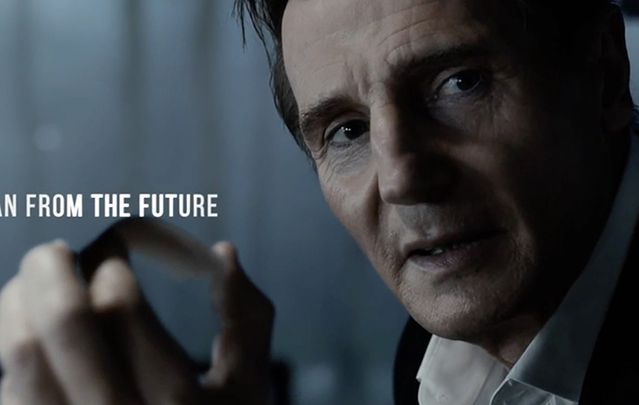 At $5 million for a 30-second ad slot and 114.4 million viewers “Taken” hero, Liam Neeson, is a good bet for success for LG this year. LG

The multinational conglomerate corporation, LG, has released a teaser trailer for a big announcement to be made at Super Bowl 50, starring none other than Liam Neeson.

Hollywood big hitter Neeson made Super Bowl history with his Clash of the Clans Super Bowl advert last year, which was instantly named a classic advert. The ad, in which he reprises his role as Brian Miller from "Taken," while playing online games, has almost one billion views on YouTube.

LG released a teasing clip on the YouTube AdBlitz channel of an advert with Neeson as “the Man from the Future.” The ad will promote LG's TVs with OLED (organic light-emitted diode technology).

It’s a good bet for LG to opt for a star has global appeal and the Ballymena star, who now lives in New York, seems to be that Hollywood legend that everyone cannot get enough of these days. And for the price that brands pay for Super Bowl ads it’s little wonder they brought out the big guns.

According to Business Insider the cost of a 30-second ad slot with CBS during Super Bowl 50 has soared to $5 million. In 2015 NBC charged as much as $4.5 million for an ad. These are colossal figures, but, again, the 2015 was watched by 114.4 million viewers.

Liam Neeson does seem like a safe bet to be the “hero” of your brand on such an important day. In 2015 the influential Business Insider site went so far as to say that action hero Liam’s mobile gaming slot has become an instant classic.

They wrote, “Liam Neeson just transformed what could have been an ordinary mobile game ad into a Super Bowl great.”