Mick Konstantin, a teacher from Co. Kildare, posted his ukulele-led ode “There's Only One Conor McGregor” on Facebook last week. 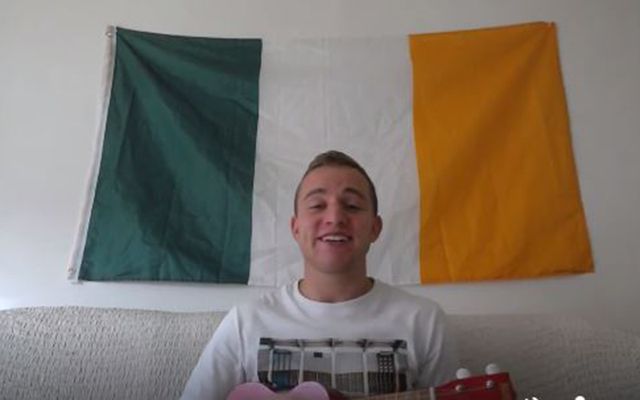 Conor McGregor invited fan Mick Konstantin to Vegas for his August 26 Mayweather after the Kildare teacher posted this song. Facebook

One Irish Conor McGregor fan had all his dreams come true this week when he received an invite to the August 26 fight against Floyd Mayweather from none other than the Dublin-born MMA superstar himself.

Mick Konstantin, a teacher from Co. Kildare, posted his ukulele-led ode “There's Only One Conor McGregor” on Facebook last week and the catchy tune instantly became a viral hit, receiving over three million views so far.

And among those views was McGregor himself who loved the song so much that he extended an invite to Konstantin to travel to Las Vegas for the fight. Speaking to Independent.ie, the young singer said he "nearly started crying" with excitement when he received the call telling him that his flights, accomodation, and tickets would all be covered by the Crumlin man.

"Music is a big part of my life but I really love my job as a teacher also," he said.

“Music has always just been a hobby and singing for my friends before nights out was the main thing for me.

"I really enjoy writing songs, especially funny ones people get a kick out of and enjoy.

"I still think it's mad when I hear people singing my lyrics!  I've always dreamed of actually being a musician, just doing music, but I never saw it as realistic."

The song has since been recorded and will be released on most streaming sites and we can definitely see this being played by the fighter’s massive legion of fans all over the world before one of the biggest sporting events we’ve ever seen.

Thankfully Konstantin had a little more luck than these McGregor fans who were recently fooled in New Yoran by an interesting lookalike sauntering around with his posse.