This video shows what Irish schoolchildren really think about the new president of the United States. 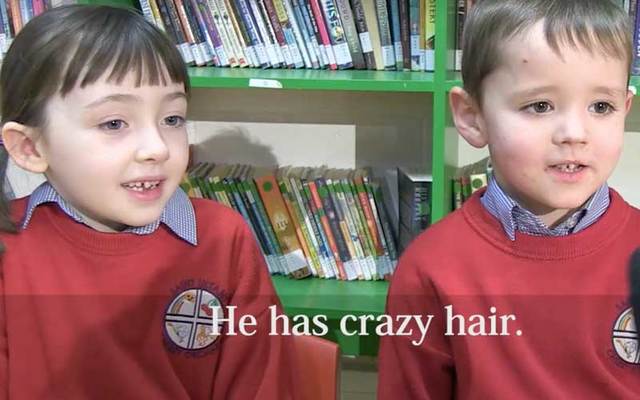 The students of St. Ultan's Primary School in Dublin, Ireland, were asked by the Irish Independent for their thoughts on Donald Trump and his wife Melania. As you’ll see, these kids have some very blunt opinions on the new president of the United States!

Their answers range from "He's filthy rich" and "He likes building walls" to "He's a nightmare," "He looks like a dried-up toffee,”  and "He's not a dictator, but he's kind of like a dictator." In one clip, two of the children argue over whether Trump is “mean” or “nice.”

While the video, which was posted to Facebook on February 1, currently has over 1.3M views, 7.8k likes, and around 16,000 shares on Facebook, it has also been a cause of concern for some.

"Not sure this is good for kids," wrote Ann Duffy in the most-liked comment. "We teach them not to make fun of people and then we do it!"

Shirley Fitzharris posted: "While I am not a fan of Trump in the slightest..I do not agree with this. We should not allow our children to make fun of people based on their looks..and the majority of the comments made by these children are about his looks. Would everyone condone this video if they were discussing another child in the school who looks different, or a teacher, or a parent?"