Richard Mosse, has been awarded the Prix Pictet, one of the most prestigious photography prizes in the world. 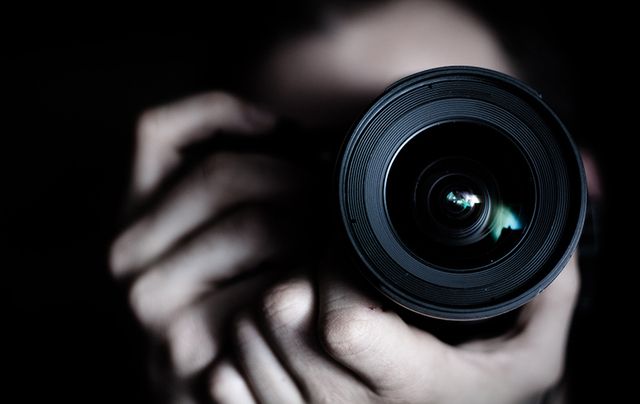 Irish photographer, Richard Mosse, has been awarded the Prix Pictet, considered by many the most prestigious photography prize in the world.

In his striking images, using cameras that see heat, people become glowing forms, creating ghostly figures, against the dark background. His images see humans as warm, biological traces rather than registering details such as race or skin color. While these images have an uneasy, invasive feeling they also prompt the viewer to deal with the fact that these ghostly figures are human.

Mosse, originally from Kilkenny and now living between New York and Berlin, was presented with the coveted award by Ex-United Nations secretary-general Kofi Annan. The Prix Pictet, was established in 2008 by the Pictet Group, on of Switzerland’s largest private bands. The award, worth $100k, has an overriding theme of sustainability. This year the specific subject was “Space”.

The winner is chosen through the nomination of photographers by 300 people, worldwide from these a judging panel of eight selects a shortlist and then a winner.

The Irish photographer was awarded the prize for his project “Heat Maps”. Using thermographic cameras Mosse recorded images of staging posts and camps occupied by refugees and migrants. His intended message was that the technology should rehumanize the people it was, in a sense, designed to dehumanize. He told the Irish Times he was focused on “the tens of millions of refugees and migrants [who] currently find themselves in limbo, excluded from participating or contributing to our modern societies”.

Mosse used an extreme tele military grade thermographic camera, designed for surveillance and effective up to 50 kilometers. This equipment is regarded as a weapons system component and its export is governed by arms regulations.

Rather than using these images for control or regulation Mosse subverted those uses.

This project “Heat Maps” was commissioned by the Barbican Art Gallery, in London, and the National Gallery of Victoria, in Melbourne.

In 2013, Mosse represented Ireland at the Venice Biennale with a video, “The Enclave”. In  this project the Kilkenny photography used a discontinued infrared film, Kodak Aerochrome, to take photos of the conflict between the Congolese army and rebel factions. This filmed transformed the green countryside into glowing pinks and yellows.

Mosse was born in Kilkenny in 1980. He studied at Goldsmiths in London and Yale University, in Conneticut, where he completed a Masters of Fine Arts in Photography in 2008. In 2014 he won,  another important award, the Deutsche Boerse Photography Prize.