This charming Irish boyfriend spent four months setting up this Christmas surprise for his girlfriend, which is sure to melt your heart. 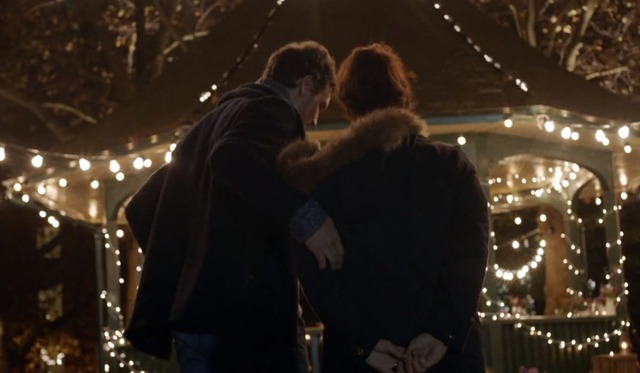 Irishman Brendan Kenny spent four months setting up a Christmas surprise for his girlfriend, Mayo native Maeve O'Hara. Their story now features in a Stella Artois ad which will warm your heart this winter season.

The Irish Independent caught up with the couple who first met at Galway City's An Pucan bar where Brendan was on a stag party.

Maeve recalled, “Brendan was feeling a bit hung-over from the night before so he was asleep on a barstool but when he finally woke up and joined us I thought he was really sweet and had a lovely personality.”

Like with many Irish romances, it all began with rickshaw races down Shop Street and the offer of a dinner date the following week. The rest, as Maeve says, is history.

After applying for hundreds of jobs in Ireland, Maeve was forced to emigrate to London for work. The two maintained a long-distance relationship before Brendan eventually joined her.

While the couple had found their "dream" jobs in London, Maeve was still missing one thing – her piano.

Brendan began planning his romantic gesture with production company Mother London; his story went on to be featured in the Stella Artois Christmas ad.

He told the Independent, “Stella provided the piano which was made in Prague and it is over one hundred years old, so it has its own stories already.”

Maeve said, “I had no idea what was going on, I was in complete shock and a bit anxious...When I got out of the taxi all I saw was cameras all around Brendan, I nearly died to be honest.”

Read More: Touching video is a love letter to Irish emigrants at Christmas

Have you ever received a romantic Christmas surprise? Share in the comments!