Irish model to make waves on US version of Love Island

Maura Higgins is already a fan favorite in the UK version of the reality TV show but now the Irish have entered the US villa. 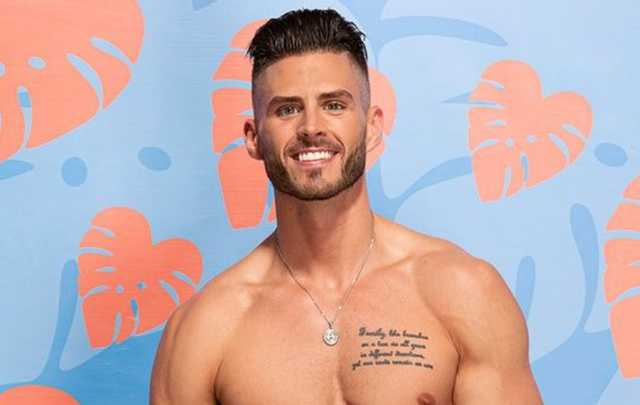 Cormac Murphy from Co Clare is the latest contestant on Love Island US.

Reality TV show Love Island US has welcomed an Irish man looking for love into the mix as the first American version of the series kicks off this week.

The UK edition of the hit reality show, which drops young, beautiful singles into an idyllic villa on the hunt for love, is already in its fifth season and has seen Irish woman Maura Higgins quickly become a firm favorite this year.

Read more: Where to meet the love of your life in Ireland this St. Valentine's Day

With the US version just kicking off for the first time this week, however, Irish fans were not expecting to have an Irish contestant so soon, until model and club promoter Cormac Murphy entered into paradise on Wednesday evening.

The 26-year-old from Ennis, Co Clare, has been working as a club promoter in New York for the past three years, hanging out with celebs such as Anthony Joshua and Conor McGregor.

“If I went to college I’d have a degree in women, I don’t think they know what’s coming, I’m going to turn some heads, I’m here on Love Island and I’m ready for love," Murphy said on entering the show.

His entrance was made official through an Instagram post in which his friends announced: “The cat is out the bag.

“Our boy has entered the villa.

“Get ready for some of that famous Irish charm.”

“All his friends are delighted that he’s gone into the Island," his friend and business partner Patrick Greene told the Irish Mirror.

“Working in the nightclub business and promoting will help him a lot because he’s used to dealing with different personalities.

“I think that everyone in the villa & at home will really like him because he’s a real nice lad with a great buzz about him.

“It’ll do wonders for his profile and help our nightlife business.

“We’re hosting about 19 parties a week in NYC’s celeb hotspots so we’ll be extra busy while he’s in the island but we don’t mind.

“Seeing how much interest there has been in Maura, it would be amazing if the Irish people got behind him as much."

Irish model Maura Higgins is currently a favorite on Love Island UK as a result of her fiery personality, positive approach to sex and shooting down of rape culture.

Read more: Top reasons to go on a date with an Irish man on Dating Sunday

Her antics in the Villa have even caught the eye of Lena Dunham:

For you folks in the UK who are binging on @LoveIsland like me, like Maura, I want a partner who can match me, not a coward who thinks I’m OTT, cringey and an attention seeker! Team Maura! #loveisland (art by Aisling Bea) pic.twitter.com/dcpxGnEeph

Have you caught Cormac on Love Island US yet? Let us know what you think in the comments section, below.