With the newly launched IFI Player, 1,200 minutes of footage from old Irish movies, ads, tourism videos, home videos and more from the Irish Film Institute are now available to watch. Check out the most popular videos. 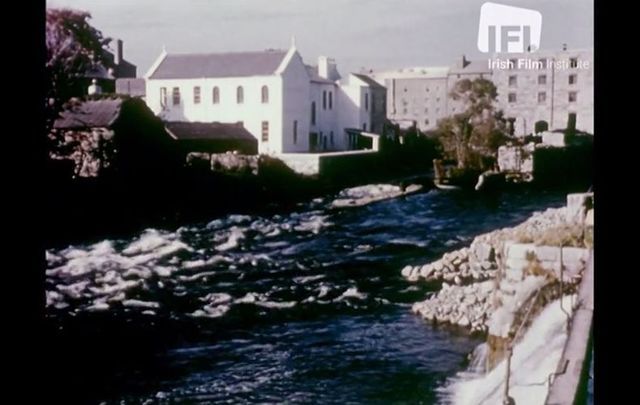 Today, the IFI Player from the Irish Film Institute officially launches in the US. Get ready to delve into 1,200 minutes of extraordinary footage from Ireland's past, including old ads, historic newsreels, travelogues, home videos, and more - all free of charge.

The IFI Player, described as "a virtual viewing room where audiences across the globe can instantly access parts of the rich collections housed in the IFI Irish Film Archive," first launched in Ireland on September 15.

At the launch, IFI Director Ross Keane described the player as "a ground-breaking development for the IFI, as it allows us to fulfill our mission to make our collections from the IFI Irish Film Archive available to a much broader audience base. Through the IFI Player, audiences across the country and around the world will have the opportunity to access this rich heritage online, and from the comfort of their own homes."

In essence, it's a way of democratizing access to some of Ireland's rarest cinematic treasures.

Currently, the player contains 1,200 minutes of content, including footage from what is believed to be the first ever piece of animation, home movies, newsreels, travelogues, animations, feature films, public information films and documentaries.

We're loving these old ads, too!

All footage comes from the IFI's Irish Film Archive, which is dedicated to collecting, preserving and sharing Ireland’s national moving image collection, a diverse resource that chronicles over one hundred years of Irish heritage and experience.

American viewers will likely be especially interested in the historic footage of JFK's trip to Ireland, the old travel videos of Ireland from when it first started becoming the popular tourist destination it is today, and an exceedingly rare inside look at what life was like in the Magdalene Laundries. Scroll down to see those videos!

As Louise O'Reilly, the IFI's Acting Head of Public Affairs and Development, told IrishCentral, the IFI has been amazed and delighted to see massive interest already from viewers in the United States, with little dedicated promotion here to date.

The following video takes you through the different ways to watch:

In 2018 the IFI plans to expand the offerings from the initial 1,200 minutes. More material will be added, including two major projects on the Easter Rising and newsreel footage that has been repatriated from abroad and restored to high quality.

To celebrate the US launch, the IFI has allowed us to share the most popular videos to date on the IFI player here on IrishCentral. Enjoy!

An old Irish guide to manners in Church

An inside look at the Magdalene Laundries

A travelogue of Galway

An old look at the Irish Riviera