Irish baby names are hugely popular with the Hollywood elite in LA and across the pond in Europe, too. 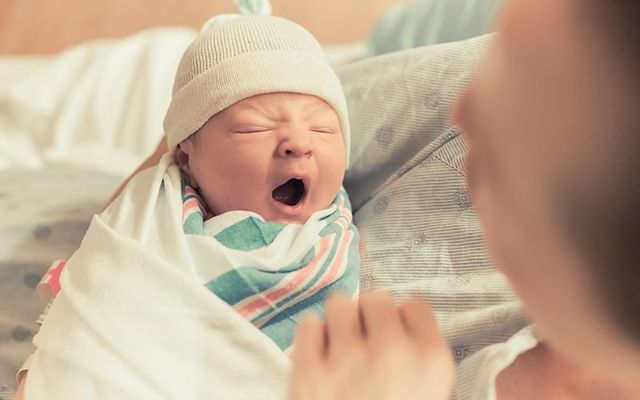 Irish baby names are hugely popular - and not just with us normal plebs, but with the Hollywood elite in LA and across the pond in Europe.

Of course, despite the fact that the most popular baby names of Irish origin are Kaitlyn, Aidan and Liam (usual names) the Hollywood stars had to go for something different.

Although it must be said that there are humdrum names like Kieran, Aoife and an old-fashioned Malachy in the mix.

So here they are, the Hollywood modern versions of Irish names along with the all-important superstar connection.

“How I Met Your Mother” star Alyson Hannigan chose the name to honor her father’s Irish heritage.

A variant of Roanna, Roanne, and Rowen ( can be used for girls or boys).

Brooke Shields named her little girl Rowan back in 2003. The weird thing is she doesn’t have red hair.

Variant of: Usually used as a surname which dates back to the 1200s

Former couple Alec Baldwin and Kim Basinger named their little girl Ireland in 1995. Now she’s all grown up and got her first modelling contract.

Reality TV exes Kate and Jon Gosselin, of “Jon and Kate, Plus Eight” gave this Irish name to one of their twin daughters in 2000.

Aoife is the name of “Game of Thrones” actor Ciaran Hinds’ only daughter. They live in Paris with his wife Helene Patarot.

Meaning: “offspring of the challenger" or "angel from heaven”

Chris O’Donnell sticks close to his Irish roots in naming his children. Along with Maeve, he has another boy called Finley.

A variant of Caden or Kaden.

Kevin Costner chose this strong Irish moniker for his third son, in 2007.

A variant of a surname associated with Samuel Beckett and Saint Thomas Beckett, it’s now being used as a Christian name.

Cork-born “Batman” and “Wind that Shakes Barley” star Cillian Murphy named one of his sons Malachy.

“Will and Grace” star Eric McCormack, despite his Scottish-Canadian roots, gave his son this Irish name.

Meaning: without envy or park with deer

“Grey’s Anatomy” heartthrob and father-of-three, Patrick Dempsey named one of his twins, born in 2007, Darby, along with his brother Sullivan.

A variant of none. Name of an Irish place, the Rock of Cashel

Who could be more prosperous than the son of Jude Law and Sadie Frost.

Meaning: son of the red-haired one

We’re not sure if they looked this one up but neither Orlando Bloom nor Miranda Kerr has red hair! Oh well.

“The Good Wife” star Julianna Margulies went for this popular Irish name and it was no surprise when she was spotted with her son and his head full of dark curls.

“Batman” commissioner Gary Oldman and “Homeland” star Damien Lewis have both gone with this Irish name.