England’s captain and talisman Harry Kane could easily have played for Ireland. We look through Kane's Irish roots ahead of the Euro 2020 final between England and Italy. 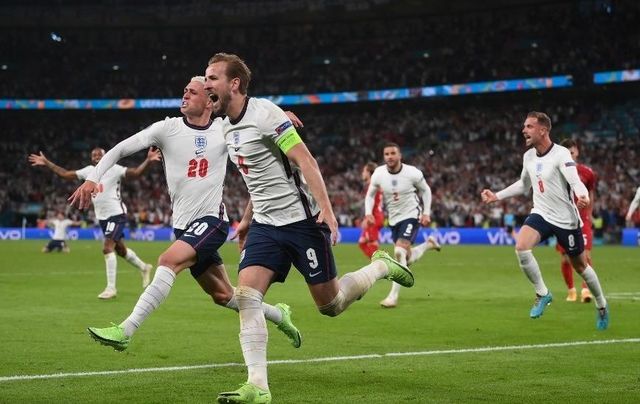 English soccer captain Harry Kane could just as easily be playing in an Irish jersey.

Most recently, Kane scored an extra-time winner against Denmark after initially missing a penalty kick to fire his side to the brink of glory.

Wow what a night! Unbelievable performance and we're into a Euros final!!! Wembley was incredible!! 🏴󠁧󠁢󠁥󠁮󠁧󠁿🦁🦁🦁 pic.twitter.com/dOnQq3lrhH

The Tottenham striker, who finished as top goalscorer at the 2018 World Cup in Russia, can claim the golden boot again this summer if he scores twice in Sunday's final against Italy to overtake Portugal's Cristiano Ronaldo and Czech Republic's Patrik Schick.

However, based on his Irish roots, Kane's international career could have been very different. Kane's Irish family is actually Gaelic speakers from the Connemara Gaeltacht in the west of Ireland and it doesn't get more Irish than that.

His father Patrick Kane is from Galway and while Harry and his brother Charlie were born and raised in London, they were brought up in a very Irish environment.

It is understood that Kane spent time visiting his father's homeland in the west of Ireland before soccer began to take up more of his time.

Still, Co Galway remains proud of Kane and his accomplishments. During the 2018 World Cup, the Connacht Tribune newspaper ran a headline “He’s One of Our Own” with a picture of Kane, and a pub in Letterfrack, Co Galway gave away free pints to customers every time Kane scored a goal.

The great Irish teams of the Jack Charlton era featured many foreign-born Irish, most notably Ray Houghton who scored that goal against Italy in 1992 that ensured his immortality.

But there are many others, Mick McCarthy who went on to manage, Phil Babb an upstanding defender, and Jason McAteer.

Alas, Harry Kane will never be among the honor roll for Ireland, but Irish people get behind him if he leads the Three Lions to victory against Italy on Sunday night?

Let us know in the comments!