Born in Illinois, finding work on board a fishing trawler... this man has spent many of the past 26 years as a scriptwriter for Irish-language soap opera "Ros na Rún". 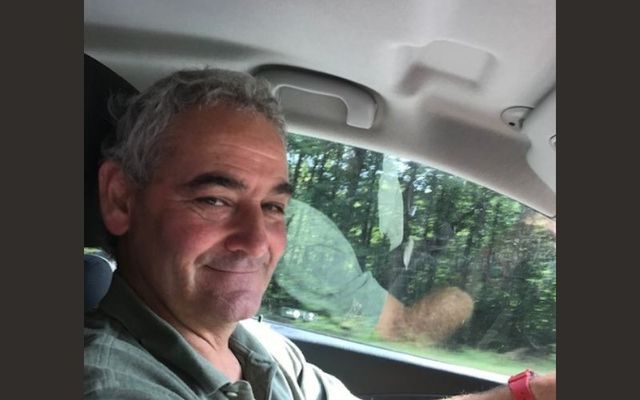 An American-born fisherman who became fluent in the Irish language has been a driving force behind "Ros na Rún", Ireland's only Irish-language soap opera.

Greg O'Braonain was born in Illinois and spent his childhood in New Jersey before finding work on board a fishing trawler.

When work was slow in the summer, O'Braonain would travel to Ireland for months at a time, meeting his father's family in east Galway and his mother's relations in Donegal.

O'Braonain, who learned some Irish from his grandmother in the US, said he became enchanted with Irish-language road signs on his visits to Ireland and took a month-long immersion course in Connemara to become more familiar with the language.

He added that he fell in love with Connemara and began planning to move there permanently.

O'Braonain left the fishing industry and worked as a horseshoer while he was in the US, but an injury to his back forced him to search for a career change.

He took a television course in a community college and later joined the Galway-based Irish-language theater company Na Fánaithe after moving to Ireland.

O'Braonain had joined the call for an Irish-language television station during the 1980s and applied for a role as a writer on Ros na Rún (Headland of Secrets) following the launch of TG4 in 1996.

The soap opera, which depicts life in a fictional rural village in the Connemara Gaeltacht, has been a pillar of Irish-language television ever since it first aired on the newly-launched TG4 in November 1996. The show is currently in the middle of its 27 series and is approaching its 2,000th episode.

Boasting roughly 150,000 weekly viewers, the show has become an important institution in the lives of rural people and Irish-language speakers alike.

O'Braonain told IrishCentral that he has met several people who don't speak a word of Irish but still watch Ros na Rún with the subtitles on because it resonates with their lives.

"A lot of rural people who don't speak Irish would watch Ros na Rún because they see the kind of people who represent them," O'Braonain told IrishCentral.

Ros na Rún has never shied away from controversial topics and has included several contentious storylines in its 26-year history, including murder, domestic violence, teen pregnancy, rape, abortion, and infidelity. It was also the first Irish program to broadcast a gay kiss on air.

"One of our most recent topical stories would have been based around consent. Two seasons prior, we had a story on gaslighting," Ni Lionsaigh said.

Such is the connection that Ros na Rún's viewers have with the show that one actor who played a controversial character was "accosted" by a woman while he was shopping in a local supermarket, Ni Lionsaigh said.

Equally important to Ros na Rún's charm is the fact that so many of its characters can be found in rural communities across Ireland.

Pádraig Breathnach, for example, joined Ros na Rún two seasons ago, playing the role of an emigrant returning home to claim his inheritance after spending years working in Boston. 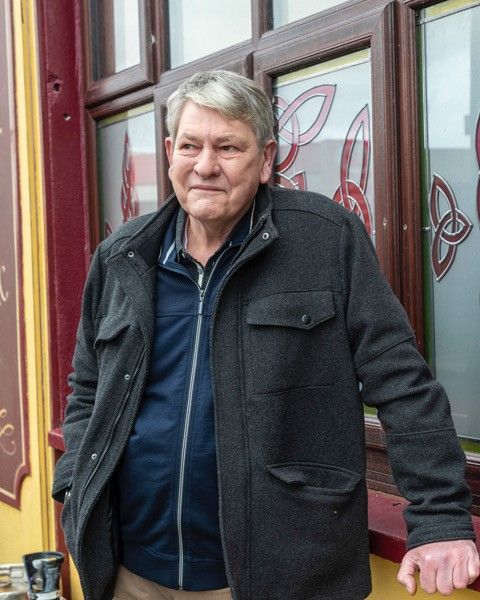 Breathnach said there "wasn't much of a challenge" in bringing the character to life because he had met so many similar people in Connemara throughout his life.

"There wasn't much of a challenge in bringing the character to life. I knew them. I knew the types."

Breathnach also spoke of how the show tackled controversial issues, stating that it dealt with issues in a rural context, while soap operas such as "Fair City" did so in an urban setting.

"All of the issues are there, you have drugs, alcohol, violence, murder, rape. You have all these issues, but they're in a rural context and they're dealt with very well."

But Ros na Rún is far more than just a pillar of Irish-language entertainment. It is an incredibly important component of the Irish-speaking town of Spiddal, where the fictional streets of Ros na Rún can be found.

It is a huge boost to the local Gaeltacht economy and helps to keep talented young professionals in the West of Ireland.

"It's a place where people cut their teeth," O'Braonain says.

"A lot of people wouldn't be where they are now if they hadn't gotten the start that Ros na Rún gave them."

O'Braonain himself has used the experience he has gained on Ros na Rún to find work elsewhere, leaving the show for years at a time to explore other opportunities, but always finding his way back to Spiddal.

There is a high emphasis on training young professionals in different areas of television production, while crew members are always invited to try their hand in a new area.

Breathnach said he has noticed an upswing in the number of Connemara film crews on television and film sets around the country, stating that Connemara has become a "foundation" in the Irish film industry.

"It's really nice to hear Irish being spoken on different sets. It's a great tribute to the industry in Connemara that all these wonderfully skilled people who have been trained over the last 20 years are now the foundation of the Irish film industry."

Touring the set of Ros na Rún, it is clear to see the tight-knit bond between cast and crew members who work together for six months of every year.

There is almost non-stop banter and support in the set's green room as actors prepare for their next scene, while the more experienced cast and crew are always happy to lend a hand to their younger colleagues.

"That's part of being Irish," O'Braonain explains. "A lot of the workers are local people, so they know each other from outside of work. When Irish people get together they tend to try and make it fun, even if it's work. When new people come in they're brought into the fold and made to feel part of the family by the people who have been there longer."

Breathnach admitted to being intimidated when he first joined the set but said his colleagues quickly welcomed him into the fold.

"I found it intimidating initially like going to a new school, but when I got to know them, I realized that this is a huge big family.

"It's quite unique in Ros na Rún. If somebody asks you to give them a hand with someone, you would. There's a huge element of training at Ros na Rún. There are a lot of young people coming in there as their first job. I was amazed by how well the old crew look after the young crew. It's quite affecting really."

Ros na Rún is a co-production with Connemara-based Danú Productions and Dublin-based Tyrone Productions and is sponsored by XL Ireland. It’s broadcast on Tuesday and Thursday on TG4 at 8.30 pm and there is an omnibus on Sunday evening at 7.30 pm. The series is also available on the TG4.ie player and RTE.ie Player.