Choral Scholars of University College Dublin's moving rendition of “Orphan Girl,” a song dedicated to the Irish girls sent to Australia during the Great Hunger. 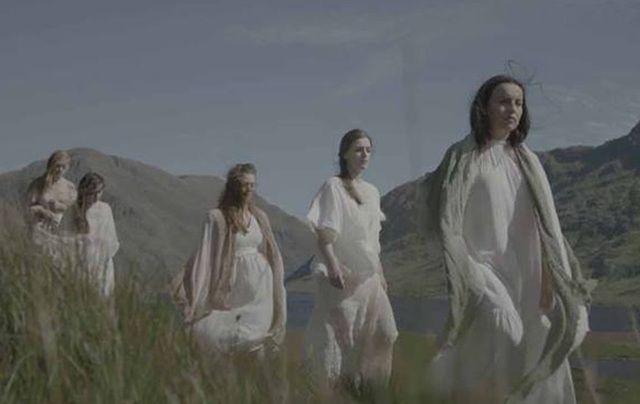 The Choral Scholars of University College Dublin have done it again! Their performance of Brendan Graham’s “Orphan Girl,” with soloist Abby Molloy, is truly moving.

The song, “Orphan Girl,” is sung from the perspective of one of Ireland famine orphans of the mid-1800s, on the eve of her inspection, which would decide whether she could travel to Australia to pursue a better life and escape the workhouses of Ireland.

The moving song was written by Graham for the Annual Great Famine Commemoration ceremony, in 2012, at Sydney’s Hyde Park Barracks, which commemorated the relocation of over 4,000 thousand female orphans. These young Irish girls were the victims of an orphan and pauper scheme devised by Henry George Earl Grey during his time as British Secretary of State for War and the Colonies (1846-1852). The scheme was designed to resettle destitute girls from the failing network of workhouses in Ireland to a land much in need of females.

In 2012 the names of some of the girls were etched into a glass wall memorial, now standing in Sydney’s Hyde Park Barracks, a world heritage site.

The song, “Orphan Girl,” was first performed by the Australian Girls’ Choir and Sarah Calderwood at the 2012 ceremony. It is reliably estimated that today up to two million Australians are descended from the original 4,112 Irish orphan girls, who found a new life in Australia in the years of Ireland's great calamity.

The Choral Scholars of University College Dublin are Ireland’s leading collegiate chamber choir. This track is available on their debut international recording “Invisible Stars.” The album can be purchased here.