Brooks was infamously due to play five gigs at GAA headquarters as part of his comeback tour in 2014, but the shows were canceled as he did not have a license to play all five concerts. 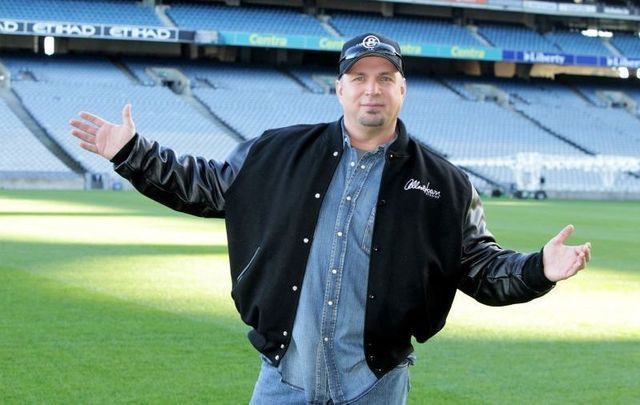 January 20, 2014; Garth Brooks pictured at Dublin's Croke Park at the launch of 'the Garth Brooks Comeback Special Event.' The event ultimately did not go ahead. Rolling News

Brooks was infamously due to play five gigs at GAA headquarters as part of his comeback tour in 2014, but the shows were canceled as he did not have a license to play all five concerts.

Dublin City Council had initially approved three concert dates at the stadium next year on September 9, 10, and 11.

However, it received an application from promoters Aiken Promotions for two further outdoor concerts on September 16 and 17.

Croke Park will also hold two Ed Sheeran concerts next April, meaning that seven concerts will take place at the famous stadium next year. Only three concerts are usually permitted to take place at Croke Park every year.

A local residents group recently called on the council to reject any applications for additional concert dates, stating that it would "greatly impact local residents' lives".

The Clonliffe and Croke Park Area Residents Association said that locals were "greatly concerned" by the impact of holding numerous concerts on either side of a busy GAA season at the stadium.

"No other stadium in the world has imposed this type of burden on its local community. It is a total disrespect of the residents," the group said.

Brooks broke Irish records when he sold out five gigs in 2014, selling a total of 400,000 tickets for his long-awaited comeback tour.

However, all five concerts were canceled when Dublin City Council refused to grant a license for two of the five shows. Brooks stated that he would play all five shows or none.

Brooks has been given a green light to play five shows at the ground next year after Dublin City Council approved two additional dates on Friday evening.