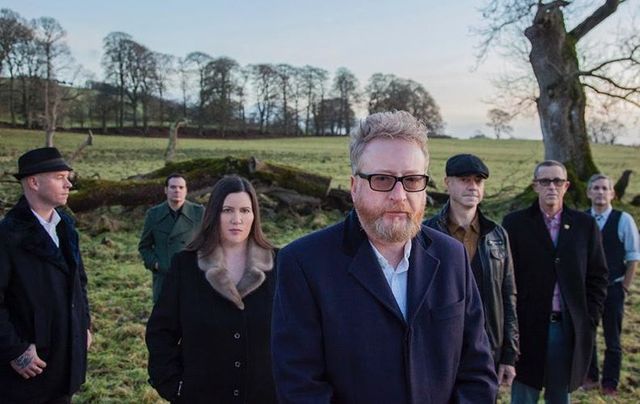 IrishCentral are delighted to announce that we have six pairs of tickets to give away to Flogging Molly’s upcoming gig on November 5th in Worcester, Massachusetts. To be in with a chance to win visit IrishCentral’s Facebook page follow us and like and comment on this post.

One of the most beloved, Irish American bands of their time, Flogging Molly, are playing at the Palladium in Worcester, along with support from Less Than Jake, Anti-Flag, and Jon Snodgrass.

The seven-piece Celtic punk band from Los Angeles, California, led by Irish vocalist Dave King, are just finishing up their US tour with their new album, Life is Good, before heading to Europe in the New Year.

This is the band’s sixth studio album and Flogging Molly’s social and political awareness has never been more evident.  Now in their 20th year Folly Molly and the album Life is Good are mature, well crafted, equally polished and almost aggressively topical.

The album is filled with rousing songs that are timeless in their sentiment, but directly related to today’s most pressing concerns: Politics, the economy, unemployment, planned boomtowns gone bust, immigration policies gone awry, and much more.

Get out and catch Flogging Molly's live!

For singer and lyricist Dave King, it may be the lyrical couplet contained within the surging “Reptiles (We Woke Up”) that points toward the album’s central theme. “We woke up,” sings King, “And we won’t fall back asleep.”

Recorded in Ireland and produced by multiple Grammy Award winner Joe Chiccarelli (U2, the White Stripes, Beck), Life Is Good is by any measure a formidable return from Flogging Molly, an assessment with which Dave King fully agrees.

“We're known for our live shows,” Dave King told USA Kilts. “Writing albums has always been a vehicle for us -- it's been a means to get people onto the dance floor. And that's kind of the way we’ve always approached it, no matter what.”

“The one thing we are is a positive band… When people come and see our shows, it’s a celebration--of life, of the good and of the bad. And we have to take the good and the bad for it to be a life.”

For tickets visit TicketFly.com and for more on Flogging Molly follow them on Facebook or visit their site.