All types of extras are being sought for Joyride, which will be filming around Tralee in Co Kerry beginning later this month. 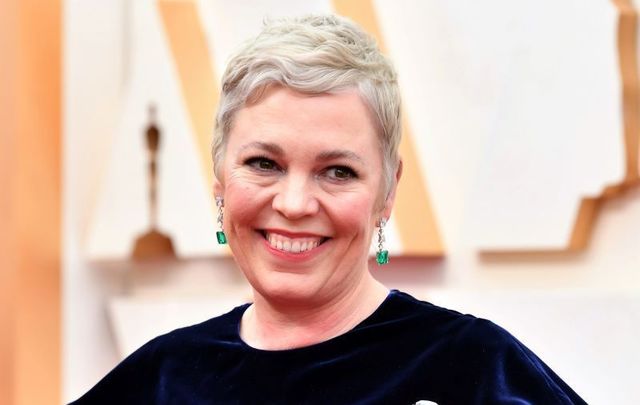 Olivia Colman won Best Actress in a Leading Role at the Academy Awards in 2019. Getty Images

Joyride, a new film starring Olivia Colman, is shooting in Co Kerry later this month and is looking for hundreds of extras.

"MovieExtras.ie is delighted to be working on a Joyride shooting in Tralee, Co Kerry," a June 16 notice on the Irish casting company's site reads.

"We are looking for 100's of people of all ages, gender, and ethnic background to apply."

The general call-out was followed by this "urgent" posting on June 22: "Looking for a New born baby to be part of Joyride shooting in Tralee from late June to July. Paid Work."

On June 23, another "urgent" notice said: "Looking for a mum who would breastfeed their baby on camera. The scenes are very sensitively shot and tie in with the story.

"Your face will not be seen on screen.

"Shooting will be Tralee and surroundings. It will be a couple of days on set."

A spokesperson for MovieExtras.ie said that there could be a "day or couple of days" on set for the extras and that there would be early starts and late finishes. Personal transport is "essential" and locations are set to be a maximum of 40km from Tralee.

Academy Award-winning actress Oliva Colman will star in the film ‘Joyride,’ directed by Emmy-winner Emer Reynolds and written by Ailbhe Keoghan, a native of Co Kerry.

In the film, which has been described as a "feel-good foul-mouthed fairytale," Colman plays a "train-wreck" solicitor named Joy who hopes that her friend will adopt her newborn baby girl as she is not ready to be a mother.

However, on the way to her friend's house Joy's taxi is hijacked by a "cheeky street urchin," and Joy is forced to face her own suppressed maternal instincts, forcing her to reconsider whether she wants her daughter to be adopted or not.

“We’re thrilled to be bringing this highly original, emotional and hilarious story into production with Emer Reynolds at the helm,” said producer Aoife O’Sullivan, according to The Hollywood Reporter.  “Writer Ailbhe Keoghan is a true talent and having Olivia Colman as our lead character Joy is a dream come true.”

The U.K.’s Embankment will serve as executive producers and will be selling the film worldwide at AFM. The screenplay was developed in partnership with Screen Ireland.