"Assassin's Creed Valhalla: Wrath of the Druids" allows players to track down the Book of Kells and explore the Hill of Tara among many other exhilarating quests. 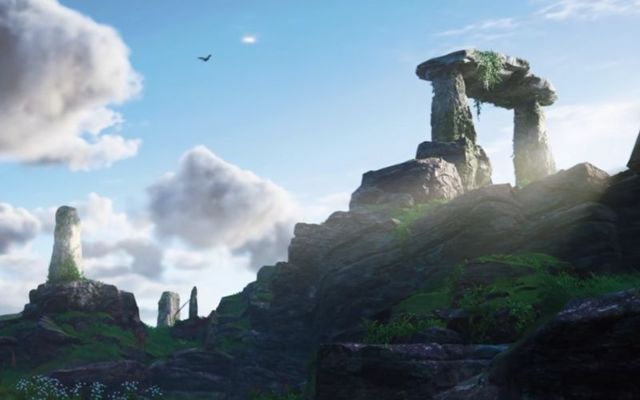 The video game "Assassin's Creed Valhalla: Wrath of the Druids", released in May 2021, allows players to explore a stunning recreation of medieval Ireland during the time of the Vikings.

"Wrath of the Druids", the first major expansion pack for "Assassin's Creed Valhalla", was released by French video game giant Ubisoft on May 13 2021, allowing players to explore the Hill of Tara and Dublin in the 9th century.

The game follows Eivor, a Viking warrior who travels to Ireland and meets with the newly-appointed High King Flann Sinna, a real-life figure who enjoyed a 36-year reign as High King of Ireland in the 9th century.

Eivor will help Flann Sinna in his quest to unite the four disparate regions of Ireland under a single banner while discovering Ireland's ancient mysteries along the way.

In true Viking style, the expansion pack allows players to raid medieval monasteries. It also sends the main character on a mission to retrieve the recently-written Book of Kells from a shadowy organization.

The game is set in Norway and Britain and recounts a fictional tale of the Viking invasion of Britain.

It was the first Assassin's Creed video game to be released on the Playstation 5 and Xbox Series X and boasts stunning visuals of 9th century Norway and England.

Similarly, "Wrath of the Druids" creates an immaculate picture of 9th-century Ireland, allowing players to unravel Ireland's ancient mysteries in an ultra-real setting that almost feels like a movie.