Eldest daughter, Maya, working in Ireland on her acting debut. New York Papa says "It’s an Irish blessing to have her first job be there." 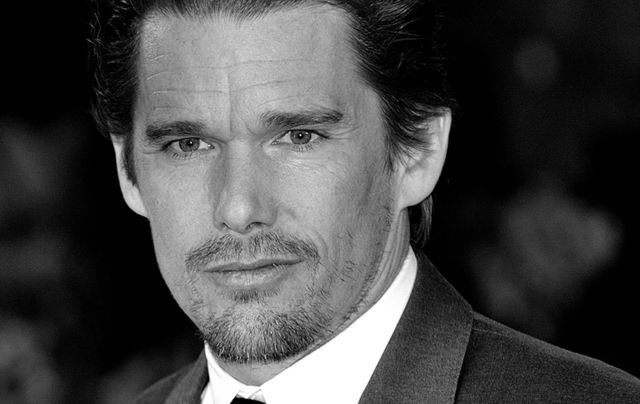 Ethan Hawke’s eldest child, 19-year-old Maya – her mom is Ethan’s ex, Uma Thurman – is currently Ireland working on her acting debut, a role in the BBC’s adaptation of the popular novel Little Women.

“My daughter is over there now, shooting something,” he said.  “The BBC are doing a remake of Louisa May Alcott’s Little Women.

Oscar nominee Hawke will back in Dublin this weekend when he participates in a Q&A hosted by the Irish Film & Television Academy about Maudie, which is currently on limited release in the U.S. It opens in Ireland on Friday.

The film, according to a listing on the academy’s website, tells the story of “an unlikely romance in which the elusive Everett Lewis (Hawke) hires a fragile yet determined woman named Maudie (Sally Hawkins) to be his housekeeper. Maudie, bright-eyed but hunched with crippled hands, yearns to be independent, to live away from her protective family. She also yearns, passionately, to create art. Unexpectedly, Everett finds himself falling in love.”