"To Our Darlin' Mothers" is a reworked version of the popular sea shanty "Drunken Sailor", which has gained newfound popularity in recent months through the social media app TikTok. 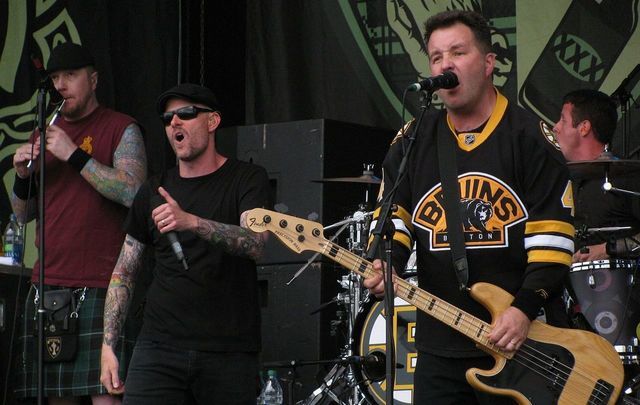 Popular Irish-American band the Dropkick Murphys have teamed up with the Boston Pops Orchestra to record "To Our Darlin' Mothers" in a special Mother's Day tribute to moms around the world.

"To Our Darlin' Mothers" is a reworked version of the popular sea shanty "Drunken Sailor", which has gained newfound popularity in recent months through the social media app TikTok.

The Dropkick Murphys and the Boston Pops released the tribute song in separate Facebook posts on Friday evening.

"It’s always an honor to collaborate with the world-famous the Boston Pops and even better when it’s a tribute to all the amazing mom’s out there !!! Happy Mother’s Day Weekend," Boston's Dropkick Murphys said in a Facebook post. ]

The song's release comes just days after the Dropkick Murphys released their 10th full-length studio album "Turn Up That Dial" at the end of April.

The Boston Pops, meanwhile, said that the song was a "special, one-of-a-kind" tribute.

"To all the wicked darlin' mothers out there, we've teamed up with one of Boston's most beloved bands, the #dropkickmurphys, for this special one-of-a-kind tribute," the Boston Pops said.

The song is part of the first release of the Boston Pops' 2021 Spring Collection - a unique Mother's Day concert celebrating music by and about women.

The Spring Collection features music by Maurice Ravel, Rachel Bruerville, and William Grant Still that depicts the love and care mothers give and is available to watch here until June 5.