Allen Leech, the Dublin star of "Downton Abbey," talks about the wild ride of six years and two movies with the "Downton" family. 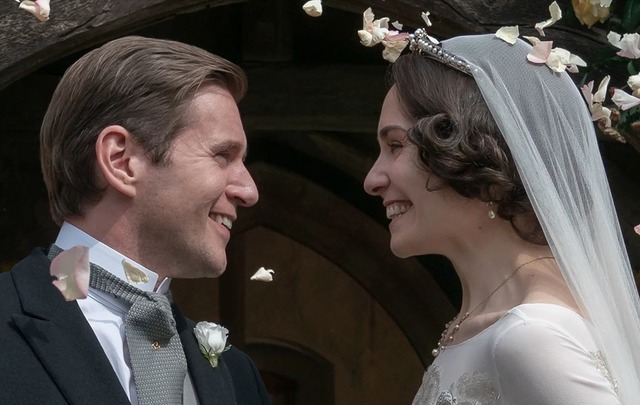 The career move from Irish gun-running socialist to upper-class aristocrat isn't often made, but actor Allen Leech plays it masterfully in the new Downton Abbey film.

This week he's back in "Downton Abbey: A New Era" for another chapter in the long-running series and big changes are afoot for the cast.

At the end of the first big Downton movie in 2019, it looked like we were finally saying goodbye to all the beloved characters for the last time, but then the producers saw the global box office takings.

So say hello to the enjoyable sequel to the long-running upstairs-downstairs TV saga (and now film series) whereas usual you could write the plot on a paper napkin and still have room left over.

As usual, there's a lot of fun to be had with the huge cast of characters, but one storyline, in particular, will have many fans buying tickets again. Tom Branson, played by Irish actor Allen Leech, 40, has had a remarkable run in the hit series. Going from gun-running Irish revolutionary to socialist chauffeur to upper-class aristocrat is a pretty dramatic career succession and Leech himself would be the first to agree. 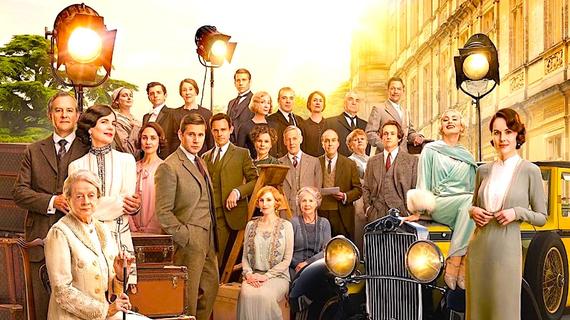 The cast of Downton Abbey: A New Era

In this go around, it all kicks off when Granny (played by the stately Maggie Smith) has somehow inherited a glamorous villa in the south of France so that spells a visit to the overseas property with almost half the Downton cast tagging along for some gorgeous location shoots.

Meanwhile back in rainy old England, Lady Mary has given the green light to a London film company to do some location shooting at Downton itself, resulting in some handy pin money to repair the castle's dangerously leaky roof. But the bargain has unforeseen and rather romantic complications.

“When I first signed up, I was also only hired for three episodes and my character was supposed to be from Yorkshire,” he tells the Voice. “It was only because I came in to audition, having worked with writer Julian Fellowes on a movie before, where he said actually I have a good idea, keep your Irish accent.”

That spur-of-the-moment decision changed Leech's life. “I really never thought I would be there for the six seasons and I certainly never thought there was going to be two movies out of it either. It's been amazing.”

For a start, it has made his face world famous. “In my career, it gave me a platform to be able to show people what I can do as an actor on a worldwide stage. I mean, it's happened more than once that I've walked in for roles that I later got, like The Imitation Game, where the producer was like, “Oh I love that show! My wife got me into it!” So it definitely has impacted me. And on a personal level, it's kind of its own massive thing, because everywhere I go now someone is going be surprised that Tom Branson's sitting there drinking a coffee.” 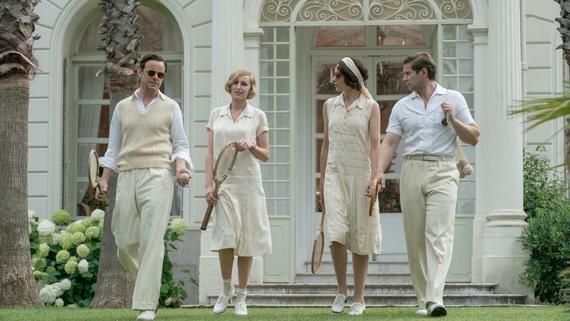 Another plus is how his character has changed in ways that he enjoys. “It's lovely to play someone who's a complete outsider, who is still trying to find himself and his place in the world. And after the death of his wife (Lady Sybil) he's thrust into this new life as a non-aristocrat in an aristocratic world.”

“I think for anyone outside of the British social class system, who doesn't have a real grasp or understanding of it, you have Tom with you as your eyes and ears in the show.”

But don't imagine Tom has lost faith in his revolutionary socialist or Irish origins. When his mother-in-law Maud Bagshaw (Imelda Staunton) tells him that it looks as if the leopard (Tom) has finally changed his spots, he disagrees. “In the script, it says that Tom laughs but on camera, I didn't because I don't think Tom would find that funny. I think he still stands by who he is. He has just had to adapt because of the circumstances he found himself in.”

What Leech has also done, very touchingly in the new film as it happens, is to sensitively portray someone who thinks they're never going to find love again and yet miraculously does. You can see in his face what it means to him, and Leech does terrific work here because that's a big part of his character's story.

“Tom was alone for so long but you never want to just play a constantly downtrodden character. The thing that was so special about Tom and Sibyl's relationship was the fact that it was not about the social class. She was so modern and kind of forward-thinking in her views. And that's what he fell in love with. It had to be someone who was almost a fish out of water as well.”

After Sibyl's death, Tom eventually meets Lucy, a servant girl. “She doesn't belong to the aristocratic world either. She has a completely different understanding in the same way that Tom does because he's tied to the aristocracy, but he is not part of it. I kind of love that Julian wrote this character for Tom to end up with, a person who could he be his equal.”

There are other interesting new couplings in the show too, such as the one between the discreetly gay house butler Thomas Barrow, who falls under the spell of one of the visiting lead actors (I won't spoil it here). In fact, the pairing and the plot developments are so interesting that a spin-off series would be welcome, call it "Thomas Goes To Hollywood."

But unlike all the heterosexual couples in the show, this time poor Thomas doesn't get so much as a peck on the cheek (thanks to the overseas markets, presumably). Tom the Irish aristocrat fares better though, inheriting a gorgeous villa that he will pass on to his daughter when she's of age.

“I love your idea of separate standalone shows about what Thomas and Tom are going to do next. I mean, Tom has his own estate in England, he has this absolutely ridiculous Villa in the south of France, and he's trying to figure out how he feels about that in relation to his own personal beliefs, ideals and views. I think it would be very interesting to see what happens to him.” Gunrunning in Monte Carlo, I ask? Leech laughs uproariously.

The new Downton film was shot during the pandemic, which had its own challenges of course. Masking and protocols made it a very different filming experience, he admits. “Up until two days before we left for France, they still had a Plan B, which was to go to Scotland and try and replicate the French Riviera there in some way."

"It was only because the COVID protocols changed literally three days beforehand that we were able to film. I felt very privileged and lucky being able to travel in the pandemic, but also to be able to be back with this cast and filming these scenes in France, it was pretty amazing.” 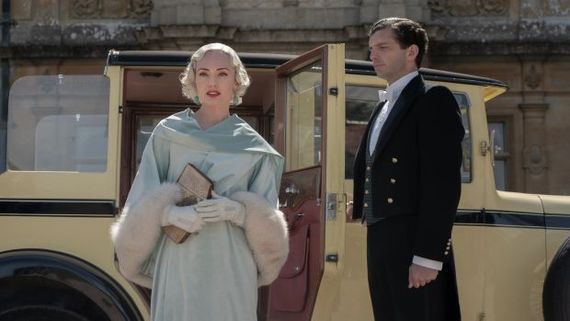 Laura Haddock as the preening screen star in Downton Abbey: A New Era

Downton is such a juggernaut of a show that it could potentially run for years and go anywhere, but meanwhile, is he looking at other films and shows going forward?

I have a new movie with J.K, Simmons called You Can't Run Forever, which is coming out either late this year or early next year. I just finished shooting another new film in Canada that's set in a blizzard (it's a thriller) and that's shaping up to be really fantastic. And I'm possibly coming back to Ireland to do a little six-part series set in the 1990s about the murders that happened in the Wicklow Mountains.”

Meanwhile, Leech's young daughter, who was born just before the pandemic hit, has just had her first visit to Ireland. “It was a very poignant and wonderful two weeks to have my daughter on the island of Ireland for the first time, it was really special.

"And what I absolutely loved was that when we were leaving for the USA again, we did the immigration check in Dublin and as we walked up, she said, hi to the DHS agent and said her name. She said she was two. She said, 'I'm half Irish.' I was thrilled.”

Clearly, Thomas and Allen have both kept their ties to the old country strong.