Missing 16-year-old home in New York having been missing for almost two weeks but no details revealed. 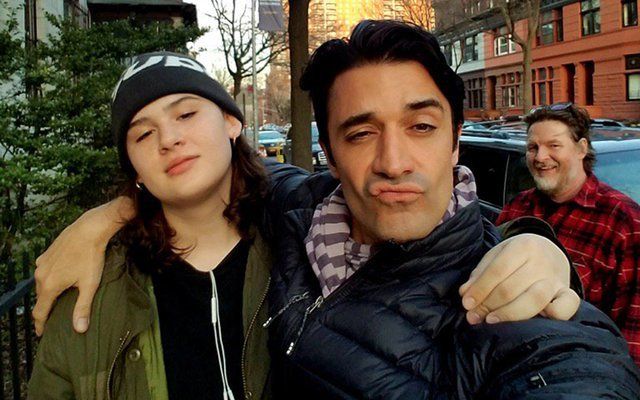 A recent photo of Jade, with actor Gilles Marini and her father Donal, in Brooklyn. TWITTER / DONAL LOGUE

Donal Logue’s 16-year-old daughter Jade has been located and returned to her Brooklyn, NY home after being missing for two weeks.

Logue’s daughter went missing on June 26. She had last been seen at the Barclay’s Center in Brooklyn. Her actor father, whose parents are from County Kerry, and her mother took to social media in a two-week long public campaign for her safe return.

A spokesperson for Logue told People Magazine, “Jade is now safely back home with her family. Donal is incredibly thankful for everyone’s support, and especially to the NYPD and FBI for her safe return."

The New York Police Department confirmed that Jade had been located on Saturday. TMZ reported that Jade was found “in North Carolina at a friend's house. A joint NYPD-FBI investigation led to her discovery."

Thank you ALL for the love and support. We are good. Kasey and I wish to thank the NYPD. FBI, @MissingKids and countless others.

During the period the teen was missing Logue released a statement on Facebook and Twitter which led people to believe that this was not just a teen runaway and that others were involved.

Logue said, “I love her and who she is and her tribe is strong (I've met many wonderful people through Jade), but there are some predators who swim among their ranks knowing they're dealing with sweet, trusting souls... Just drop her off. Let her get back in touch with her mother, Kasey, or me—we'll take her back, with hugs and no questions asked."

The actor and his ex-wife have not divulged any information regarding the circumstances that surround the teen’s disappearance but have simply confirmed that Jade is home – safe and sound.

Jade Logue has been found. Thank you to everyone for the support, love. Far and wide support. Beyond grateful

According to The Hollywood Reporter, Jade was previously known as Arlo Logue and she is transgender. Logue and Smith also have a son named Finn.

Logue is a veteran of stage and screen. His notable roles include starring in the film "The Tao of Steve," "Sons of Anarchy," "Vikings," the sitcom "Grounded for Life," the television series "Copper" and the detective series “Terriers.” He is currently starring as detective Harvey Bullock in Fox's "Gotham" and had a recurring role in NBC's "Law & Order: Special Victims Unit" as Lt. Declan Murphy.

His parents are from Kerry. His father was a Carmelite missionary priest in Africa where he met his wife Elizabeth. Though born in Canada, Logue grew up in California. Logue is a dual citizen of Ireland and the United States.

Logues’s mother lives most of the year in Kerry so he and his family are frequent guests. He’s been a regular visitor since the 1980s and he knows the back roads like a local, having cruised around them with his Irish cousins while growing up.

He told IrishCentral, "I’m very Irish in many ways.

“When I go back to Sneem in Co. Kerry I look and my face and realize I’m among my own tribe. Then I’m an O’Sullivan from Kerry.”