"Derry Girls" premiered on January 4, 2018, launching what would become one of the most iconic series about Northern Ireland ever created. 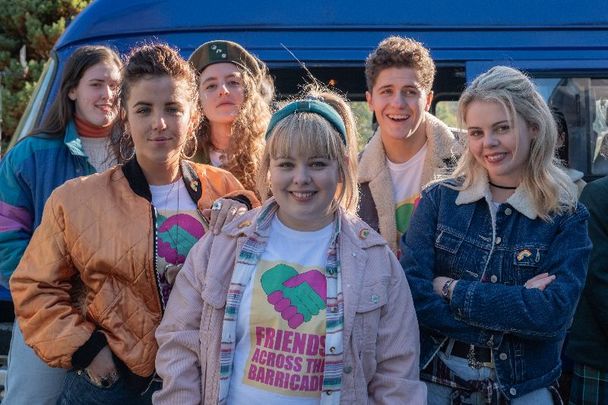 “Derry Girls” first aired on January 4, 2018, launching one of the most popular and beloved series about Northern Ireland ever created.

The anniversary of "Derry Girls" was marked on Wednesday by Channel 4, where the series first debuted.

Five years today since these legends landed on your screens 💚

Lisa McGee, the creator of “Derry Girls,” responded to Channel 4’s tweet on Wednesday saying: “Five years since we didn’t know what was about to hit us."

In a nod to one of the most popular lines ever uttered on the show, she added: "Slainte Mofos!"

After debuting on January 4, 2018, “Derry Girls” went on to air three critically-acclaimed and record-breaking seasons, as well as a post-finale special on the Good Friday Agreement.

Around the time of the show’s 2018 premiere, Channel 4 said: “Derry Girls is the creation of acclaimed writer Lisa McGee who has mined her own experiences to create a candid, one-of-a-kind, family-centered comedy set against the backdrop of The Troubles.

“The gang are used to seeing their country on the nightly news and speaking in acronyms (The IRA, The UDA, The RUC). It’s a time of armed police in armoured Land Rovers and British Army checkpoints. But it’s also the time of Murder She Wrote, The Cranberries, MJ and Lisa Marie, Doc Martens, bomber jackets, The X Files, Nirvana and Wayne’s World.

“Warm, funny, and honest, Derry Girls takes a warm and hilarious look at the everyday lives of ordinary people living in extraordinary times."

“Derry Girls” was an instant hit - after the show’s debut on January 4, 2018, Channel 4 gave the green light to a second series which, of course, was later followed by a third and final series.

In honor of the fifth anniversary of "Derry Girls," check out this side-splitting compilation of the show's best bits from Channel 4: