Foo Fighters frontman Dave Grohl recently revealed the impact a trip on the Ring of Kerry had on his life months after the death of Nirvana bandmate Kurt Cobain. 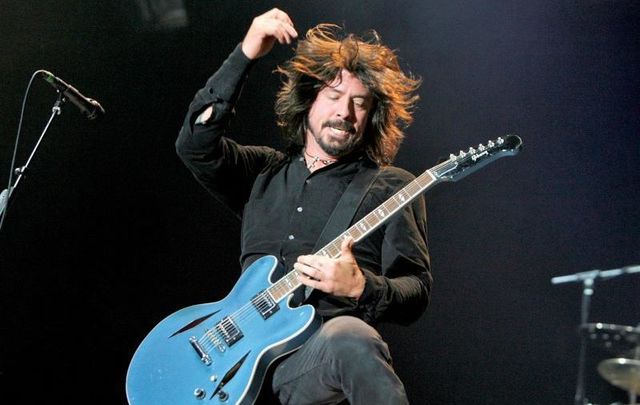 Dave Grohl of the Foo Fighters playing on the Main Stage at the Oxegen music festival in Co Kildare in 2011. RollingNews.ie

Foo Fighters frontman and former Nirvana drummer Dave Grohl has revealed how a trip to Kerry in the 1990s inspired him to start the famous band following the death of Kurt Cobain.

Speaking to the Ryan Tubridy Show on RTÉ Radio 1, Grohl revealed how a trip to the Ring of Kerry had a profound impact on his life months after Cobain's devastating suicide in April 1994.

He told Tubridy that he decided to travel to Ireland because he had visited with his mother years previously.

"After Nirvana ended, I wasn't entirely sure what I was going to do. I didn't necessarily want to play music. I was young, I think I was 25 years old," Grohl said on The Ryan Tubridy Show on October 8.

"I had been to Ireland before and made my way around the Ring of Kerry once before and so I rented a car and wound up driving. I flew over and I just started driving around, just trying to figure out what to do with the rest of my life.

"And as I was coming around this country road, I saw a hitchhiker. And I said - you know he was young, it was sort of raining, maybe I'll pick him up.

"And as I got closer, I noticed that he had a Kurt Cobain t-shirt on. And that was the moment that I realized, you know, I need to go home and figure this out.

"And that's when I started the Foo Fighters."

Grohl revealed that "this was the moment that changed everything" in his recently released memoir, "Dave Grohl: The Storyteller".

Later during his discussion with Tubridy, Grohl said: "I knew that we had Irish heritage in our family, but I’d never been. So the first time I came, I woke up, I walked outside and everyone looked like my mother. I ran back to the phone and I called her and I’m like, ‘Mom - everybody looks exactly like you here!’"

Grohl previously described Ireland as one of his "favorite places in the world" in an interview with Tubridy on Ireland's Late Late Show.

"Of course, for years with Foo Fighters coming over, we have dear friends there. We have had amazing shows there. It's one of my favorite places in the world. It's beautiful," Grohl told Tubridy in February 2021.

"The thing about Ireland, when you play a show there, there is a sense of joy. It's a really rowdy bunch; it is this collective feeling of joy."