Conor McGregor allegedly threw his drink at American rapper Machine Gun Kelly after the musician refused to take a picture with him at the VMAs, according to reports. 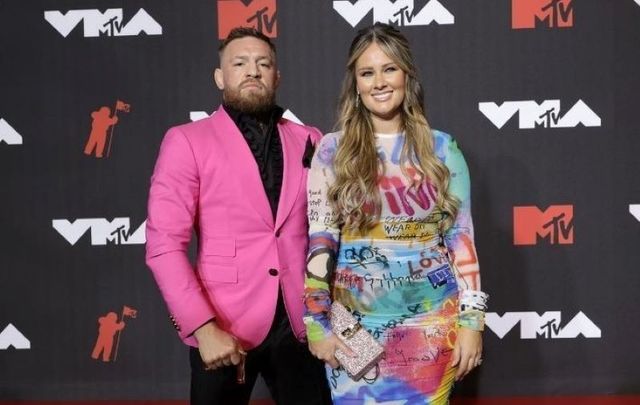 Conor McGregor was reportedly involved in a bust-up with American rapper Machine Gun Kelly on the red carpet of the MTV Video Music Awards (VMAs) in Brooklyn on Sunday night.

Pictures from the VMAs at the Barclays Center appear to show the Irish UFC star being kept apart from the rapper by security guards.

TMZ reports that the scuffle broke out after Kelly shunned McGregor's request for a photograph. Witnesses told the entertainment site that Kelly pushed McGregor, causing him to spill his drink. McGregor responded by throwing the remainder of his drink at Kelly before attempting to lunge at him, according to reports.

However, McGregor told Entertainment Tonight that "nothing happened" and insisted that he doesn't "fight little vanilla boy rappers".

"I don’t even know the guy. I don’t know anything about him, except that he’s with Megan Fox," McGregor said, adding that he only fights "real fighters".

The 33-year-old UFC star attended the VMAs with his fiancee Dee Devlin and presented Canadian pop star Justin Bieber with the Artist of the Year Award.

McGregor was walking with a cane at the event after sustaining a serious leg injury in his defeat to Dustin Poirier in July.

Machine Gun Kelly, whose real name is Colson Baker, attended the event with his girlfriend Megan Fox and took home the award for Best Alternative Video for his song "My Ex's Best Friend".

Kelly, 31, walked away from reporters when he was asked about the alleged altercation with McGregor.

Machine Gun Kelly when asked about his altercation with Conor McGregor. pic.twitter.com/XAZMA7JX67