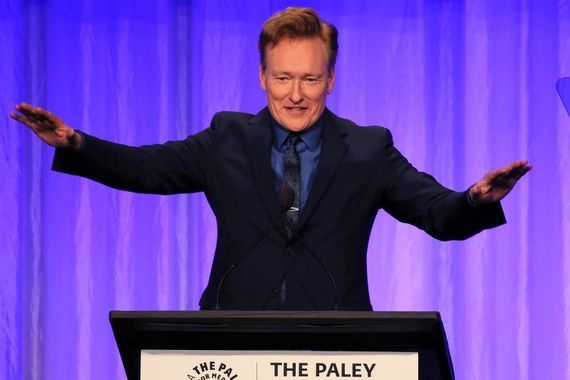 O'Brien, who has made several efforts to trace his Irish heritage in the past, will join host Ryan Tubridy for a chat on Friday's show alongside Italian opera singer and tenor Andrea Bocelli and Irish actor Gabriel Byrne.

Tubridy announced the three guests on his personal Instagram story and later discussed the line-up on his show on RTÉ Radio One.

"The Late Late Show tomorrow includes the great Conan O'Brien – looking forward to talking to him, I have to say," Tubridy said on Thursday.

O'Brien, who presents "Conan" on TBS and has been vocal during the fallout from the 2020 election, will surely have plenty to say to Tubridy about the current state of affairs in American politics.

So NOW Trump wants to quarantine in the White House.

Tubridy has taken a particular interest in US politics in the weeks leading up to the election and will doubtlessly ask O'Brien for his opinions on Donald Trump and this year's election.

Meanwhile, Tubridy confirmed that opera legend Bocelli will be singing on Friday's program in addition to sitting down for a virtual chat.

Finally, Tubridy said that he was delighted to announce that Gabriel Byrne would be joining him for a chat on Friday.

Tubridy said that Byrne was one of Ireland's "finest actors" and hinted that there will BE several more big-name guests announced later on Thursday when RTÉ releases the official guest list for Friday night's show.

You can tune into this bumper edition of the Late Late Show from 9:35 p.m. IST on Friday, November 13.