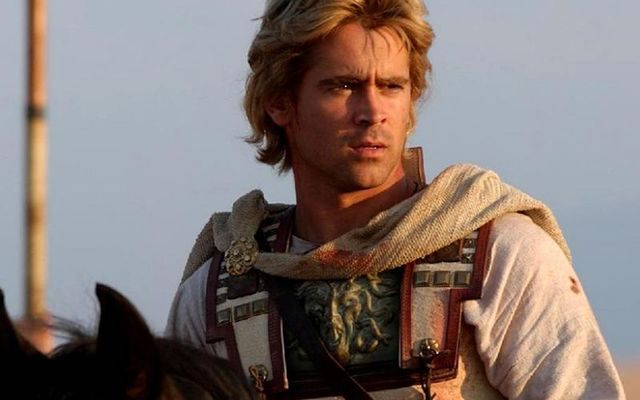 It was the movie flop that pushed Colin Farrell into a deep depression and almost convinced him to quit acting for good.

But the Dubliner might have been happier with both his performance – and his much-panned hairstyle – in the title role of Oliver Stone's 2004 failed epic "Alexander," had he listened to Hollywood veteran Val Kilmer.

Kilmer had originally been offered Farrell's part, but director Stone took so long to make the picture that the older actor ended up playing Alexander's father.

However, Kilmer – who had previously played late rocker Jim Morrison in a Stone-directed biopic – said he believes that Farrell would have given a better performance had he taken up his offer of sharing the knowledge he had built up after researching Alexander The Great.

In an interview with Deadline Kilmer said: "Colin was like an Irish puppy dog – so free and fun. So handsome. I do wish he'd listened to me about the wigs, and some insights I thought I had from studying Alexander even before Oliver asked me to play him after we did 'The Doors'...but Colin never took me up on it.

"I understand why he didn't, but I think he would have been happier with his performance had he taken an hour and listened."

However, the 57-year-old insisted he did enjoy working with Angelina Jolie, who played his wife in the flick, and said he offered her comfort as she was "quietly handling her mother's ultimate passing."

He added: "She trusted me with [that]. I'd like to think because she sensed a spiritual side to me. And I had lost my little brother and my father, so our personal relationship was completely different than our characters', which we never discussed.

"We worked that out in daily flirtatious improvs, usually at the emotional detriment to our son, Alexander. Both still in love and both in real battle for the affections of their son. They dedicated their lives to the boy who would be king and rule the world. She [Jolie] was a real pro."