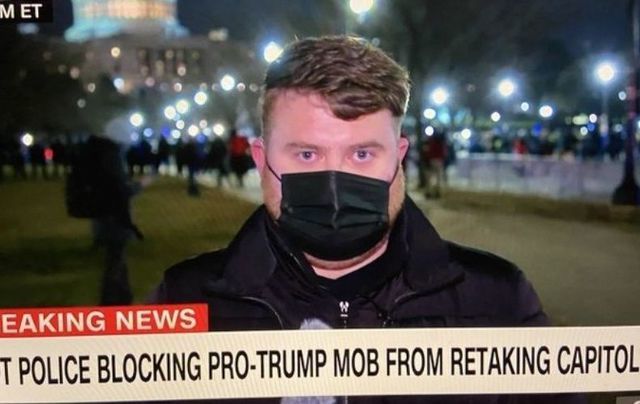 O'Sullivan went viral this week for his on-the-ground coverage of the Capitol riots in Washington for CNN and will join host Ryan Tubridy for a virtual chat in the first Late Late Show of 2021.

The Kerry native earned widespread adulation and praise for his coverage of the riots and will be one of several fascinating guest appearances on Friday night's show.

Also appearing on the Late Late Show this Friday will be women's health campaigner Vicky Phelan, who became a leading figure in the CervicalCheck controversy after she was awarded a €2.5 million settlement by the High Court in 2018.

Phelan was diagnosed with terminal cancer after a false negative cervical smear test and will talk about her upcoming trip to the US this year as she fights to beat her illness.

HSE CEO Paul Reid will also be joining Tubridy on Friday night to discuss the latest surge of COVID-19 in Ireland and how the Irish health system is coping with the spike in cases.

Henry will also be providing information about how the vaccine works and when people can expect to receive it.

Irish singer Lucia Evans will also be performing live music on Friday night's show and will be accompanied by the Discovery Gospel Choir, while Wexford hurling manager Davy Fitzgerald will be joining Tubridy to discuss his role in the reality show "Ireland's Fittest Family".