Can you guess which Victoria's Secret supermodel is Irish? 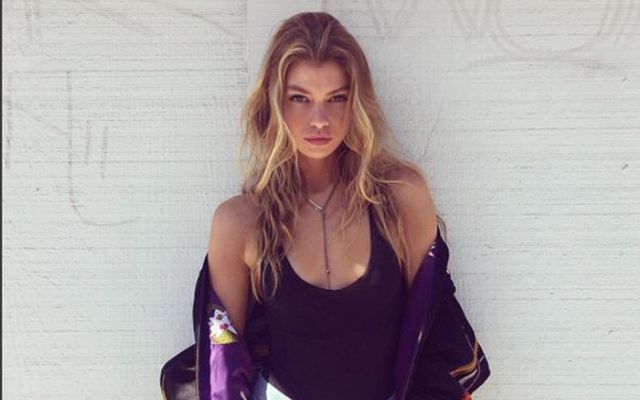 Did you know Victoria’s Secret supermodel Stella Maxwell is Irish? The Belgian and New Zealand-raised 26-year-old is, in fact, the daughter of two Northern Irish emigrants and very proud of her roots.

“My parents are both from Belfast. I have an Irish passport and a British passport, and I go back every summer and every Christmas, and sometimes I pop over during the year to say hi, and, of course, celebrate St Patrick’s Day,” she told Ireland’s Sunday Independent.

“All my family look Irish. They act Irish, they look Irish, my sister even has red hair ... it’s crazy. I’m the one that doesn’t seem Irish. None of the kids in my family, my siblings, speak with an Irish accent … we’ve never lived there full-time, we weren’t born there, we just go there once or twice a year. It’s weird. Our parents sound Irish, but we don’t.”

The paper asked her to attempt a Northern Irish accent but she declined, saying she wasn’t great at it.

“It’s not very good, so I’m so not going to try,’’ she admitted. “It’s like what they do if you want to imitate an Australian accent and you’re like, you’re supposed to say ‘horse trailer’ – so it’s like, ‘Horsetrailer’ [like Australia].”

Maxwell lived in Belgium until the age of 13 before moving first to Canberra, Australia, and then to Wellington, New Zealand.

She attended the University of Otago and started modeling full time after graduation. Once described as “the hottest model in the world,” Maxwell has been voted ‘Model of the Year’ at the LA Fashion Awards and ranked No. 1 in Maxim’s ‘Hot 100 List.’

"I have always loved modeling. I used to look in magazines when I was growing up and I just thought it was such an incredible, glamorous life. And actually, as I've been working and doing it, I've just really ... I don't know, I'm just enjoying it so much. Yesterday was one of the best days ever. I loved it. I thought I'd be a bit more nervous than I was, but no, I was actually just enjoying it," she recalled.

"The first [show] I did was in London and, yeah, I knew the girls. I had been shooting for Victoria's Secret for a couple of months before I did the show. So I had worked with the teams and I knew the people. I think I had even shot a campaign before I did a show.

"I didn't know what to expect at my first one, but they have it down to a fine art. They know what they're doing, so they looked after us really well.”

Now based in the US, Maxwell divides her time between New York and Los Angeles and features in the news sometimes as much for her love life as her career.

The famous duo is reported to have met via Stewart’s assistant and close friend, Cheyne Thomas.