There are plenty Irish themed slot games online to play. However, some people get tired of the endlessly spun Irish clichés that can end up associated with them 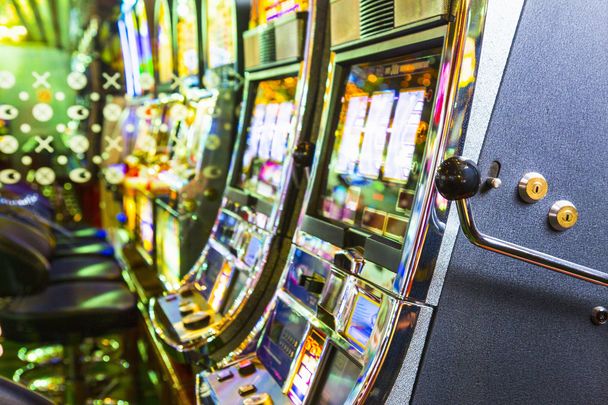 There are plenty Irish themed slot games online to play. However, some people get tired of the endlessly spun Irish clichés that can end up associated with them

You want luck? Throw a leprechaun in. They’re Irish! People will think it’s so funny. What games are available out there for people who want to play properly but avoid any clichés – here are five of the best.

This is a progressive slot game with the potential to win one of four jackpots. You could win a mini jackpot starting at $10, right up to a Mega progressive jackpot that opens up with a total of $1,000,000! This game is very popular, and the jackpots build up very quickly…and not a leprechaun or pixie in sight. In 2012 someone scooped a massive £5 million win in one game. Worth a shot, even if you only win lower stakes.

International Gaming Technology developed this game and they’re known for making great games for the online market. It is also one of the world leaders in designing and manufacturing gaming systems and casino games. The game is, naturally, based on the Egyptian Queen, Cleopatra, and as such it incorporates lots of mythology and history into its features. It’s based on traditional slots but has a really great interactive feel to it, which many players love.

One of the best and most interesting Jack Hammer Slot games, according to bestcasino.co.uk. , is the eponymously named Jack Hammer. If you love comic books and particularly those comic book heroes of the original era from the 1930s, 40s, and 50s, when the characters were more ‘traditional’ crime fighters rather than caped crusaders, then this game is for you. It harks back to these traditions in a recognizable comic strip format and is quirky, yet hugely popular.

Jack and the Beanstalk

We’re all familiar with the tale of Jack and the Beanstalk and now it’s been turned into a classic slot game from the NetEnt team. It’s been around for some years now and is a video slot that has really stood the test of time. One feature that sometimes gets overlooked is the ten times bet wins that ‘the Wilds’ can trigger. This game offers free spins – in fact, they are the cornerstone of the game. Often, the best pay-outs happen when these rounds are triggered

We’re heading back to the world of ancient Egypt for our last choice a land in which mummies this time (and not Cleopatra) can win you a lot of money. Mega Millions Isis is considered to be one of the better Progressive Jackpot Slot games on the market at the moment. Isis is known as the ancient Egyptian Goddess of Motherhood and Fertility and it’s pretty fair to say that payouts players stand to win are pretty fertile in themselves! Just as with our first selection, you can win huge jackpots – in fact, anything up to 1,000,000 in terms of credits, so it’s possible to really gain massive amounts of money.