"Leprechaun" is not a native Irish word, scholars reveal

While leprechauns are a quintessential part of Irish culture and mythology, the actual word itself does not have Irish roots, scholars have found. 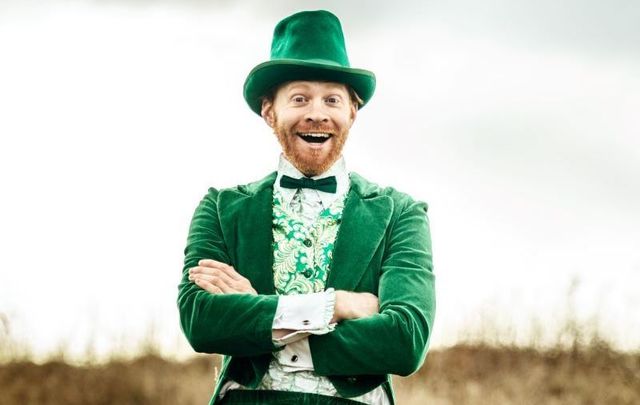 Scholars have defined and revised hundreds of Old Irish words after five years of research. Getty

Researchers have defined and revised more than 500 old Irish words and it turns out leprechaun isn't Irish!

While leprechauns are a quintessential part of Irish culture and mythology, the actual word itself does not have Irish roots, scholars have found.

BBC reported in 2019 that a team of five researchers from Cambridge University and Queen’s University Belfast have tracked the origins of the word ‘leprechaun' as well as hundreds of other Old Irish words.

The #eDIL entry on the early Irish word later anglicised as 'leprechaun' contains some of the many, many changes made to bring the dictionary in line with recent scholarship...

The modern-day word ‘leprechaun’ is derived from the Irish language word ‘leipreachán,’ which was defined by Irish lexicographer and historian Patrick Dineen as “a pigmy, a sprite, or leprechaun.”

Now, researchers believe the word may be linked to the ancient Roman group Luperci, who were further linked to Lupercalia, a feast that included a purification ritual involving swimming.

Like the Luperci, leprechauns are associated with water through what is considered their first appearance in Irish literature, the Old Irish tale of known as ‘The Adventure of Fergus, son of Léti.’

In the Saga, which is available in Irish as well as English courtesy of D. A. Binchy from UCD, Fergus is asleep at the seashore when he is approached by “lucorpain,” or what is translated into dwarves. The lucorpain attempt to bring Fergus into the seawater, but he is awoken. In exchange for their freedom, the lucorpain grant Fergus three wishes.

This etymology of ‘leprechaun’ is but one piece in the painstaking work the researchers have been involved with over the past five years. Their latest findings are part of the newly updated Dictionary of Irish Language, which is available online.

The new edition of the Dictionary adds some 500 words and offers 5,000 revisions to the original version.

Máire Ní Mhaonaigh, Professor of Celtic and Medieval Studies at Cambridge, said in a press release: “The Dictionary offers a window onto a fascinating and important past world. The project extends our understanding of the vocabulary of the time but also offers unique insights into the people who used these words. They reveal extraordinary details about everyday lives, activities, beliefs, and relationships, as well as contact with speakers of other languages.”

The historical dictionary on which the electronic one is based was originally published by the Royal Irish Academy in 23 volumes between 1913 and 1976. “Advances in scholarship since the publication of the first volume had rendered parts of the dictionary obsolete or out of date,” says Greg Toner, leader of the project and Professor of Irish at Queen’s University Belfast.

“Our work has enabled us to resolve many puzzles and errors and to uncover hundreds of previously unknown words.”

Professor Toner added: “A key aim of our work has been to open the Dictionary up, not only to students of the language but to researchers working in other areas such as history and archaeology, as well as to those with a general interest in medieval life.”

Resources to help you learn and understand the Irish language