Americans and Canadians wishing to immerse themselves in their language learning will be awarded funding to visit summer courses in Ireland. 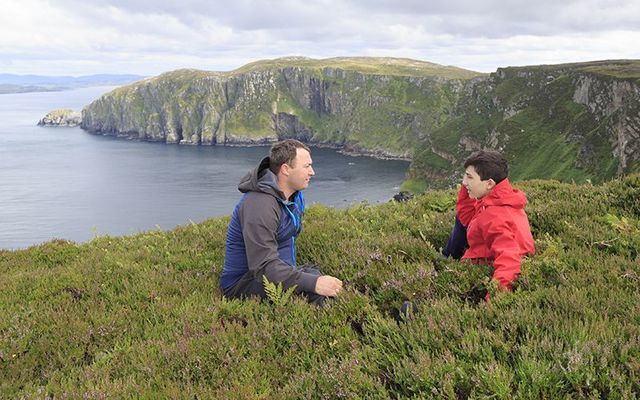 Could you now avail of an intensive summer Irish-language course? iStock

The Irish language in American universities has been given a boost with a hefty increase in funding from the Irish government, and opportunities for Irish language learning in Ireland.

Irish language learners in the US and Canada may now have increased opportunities to travel to Ireland to immerse themselves in the language community with the Irish government awarding $853,000 (€726,604) to supporting the Irish language in American and Canadian universities.

Minister of State for the Irish Language, the Gaeltacht and the Islands, Joe McHugh announced the funding had been sanctioned to the Fulbright Commission in Ireland and to the Ireland Canada University Foundation (ICUF), who already have well-established programs that see Irish language teachers traveling to North American third-level institutions to work as teaching assistants for an academic year. This additional funding will allow for students in these institutions to attend intensive language courses in Ireland during the summer months.

Read more: Why learn Irish? Gaeilge students of North America give their answers

“This funding awards American and Canadian students the wonderful opportunity to spend some time in the Gaeltacht regions during the summer learning the Irish language, gaining an understanding of the richness of the language and also getting a taste of local life,” said Minister McHugh, adding that it is hoped the additional support offered to the Irish language in North America will continue to foster the ties between the two cultures.

The additional funding will also add to the previous support of Irish language teaching assistants in North America, started under the Subsidiary Fund for Third Level Institutions Abroad in 2006. The fund offers financial aid to assist in the provision of Irish-language courses in academic programs in third-level institutions based overseas. Over 40 institutions from Australia to China to America have so far availed of the fund.

Read more: 2018 is officially the year of the Irish language

McHugh added that he hopes the scheme “will help to inform the academic community in America and Canada about the Irish language and its rich heritage as one of the oldest vernaculars in Europe. As a result of this, the Irish language will have equal status to other European languages being taught abroad.”

There are already hundreds, if not thousands, of Irish-language learners scattered across North America; some learning alone, some through informal groups and others as part of academic programs. In New York alone, there are at least eight different options for those hoping to pick up some phrases or hoping to become a fluent speaker.

If you’re not lucky enough to live in a place where Irish-language classes are readily available, do not fret. You can find a list of the best ways to learn the language free online in this handy article.