How much Irish is spoken in Ireland?

The 2016 census showed a slight daily decrease in how much Irish is spoken in Ireland. 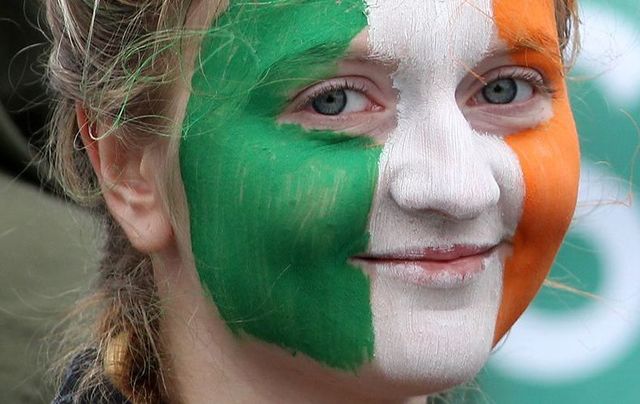 The 2016 census showed a slight daily decrease in how much Irish is spoken in Ireland.

The figures from Ireland’s Census 2016 show 73,803 people, of the total population of 4.75 million, speak Irish daily. This equates to 1.7 percent of the population.

This is a slight decrease from the last Census, in 2011, when the Central Statistics Office reported that, “there were 77,185 persons speaking Irish on a daily basis outside of the education system in April 2011.”

How much Irish is spoken in cities in Ireland?

Read more: Learn Irish for free - How to speak Irish for beginners

Where is Gaelic spoken?

How many people speak Irish in the Gaeltacht?

A total of 20,586 daily speakers in Gaeltacht areas, three-quarters of whom live in counties Galway and Donegal. Within the Gaeltacht regions, 66 percent of the population said they could speak the language.

Out Gaeltacht regions, the towns with the largest percentage of Irish speakers are Letterkenny in County Donegal (2.9 percent), and Maynooth (2.3 percent) and Leixlip (2 percent), both in County Kildare.

Within the Gaeltachts, the three towns with the largest percentage of daily Irish speakers are Mín Lárach (73.3 percent) and Rann na Feirste (66.6 percent), both in County Donegal, and An Cheathrú Rua in County Galway (61.6 percent).

Read more: Ever wonder if there’s an Irish language version of your name?